The String of Pearls Stroker — Part 3 — Rachelle Tells It All ♕ 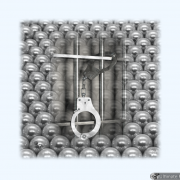 Rosie watched the police drive away until she could no longer see the glow of their taillights.  “Okay, Rachelle!  Start from the beginning. Why did the string of pearls stroker say that he knew you? He had intimate details about you!”  Rosie insisted, frustrated but still caring deeply for her friend.

“Okay, okay!” Rachelle exclaimed.  “I thought that this part of my life that in the past, you know?” Rachelle continued, “I wanted to go to college, but my parents could not afford to help me. I had to find a way to pay for school that was not illegal, and I did not want to sell my pussy on the street.” Rachelle took a long pause . . .

No, Rachelle was a Phone Sex Operator?

“I had to find a way to go to college WITHOUT debt looming over my head,” Rachelle explained.  “So . . . I . . . became . . . a phone sex operator!” Rosie sat on the couch with her mouth open as if she were expecting a spout of man sauce at any moment.  Rachelle was confused by Rosie’s face; was she disgusted or excited? Nevertheless, she continued with her explanation. “I researched the top phone sex companies.  The company I worked for was at the top of their game, and they were women owed.  I created my own hours, go to school, and pay for school — free and clear.

Besides, being a phone sex operator was so EMPOWERING! “The men, and some women, that called needed me to fill a void that no one else could fill.  I did not just make men reach a sexual climax; I was a friend, a therapist, a relationship coach, a business consultant, and sometimes a girlfriend.”  Rachelle pauses and waves her hand in front of Rosie’s face, “Rosie, are you still with me?  Hello?”

After a few minutes, Rosie finally begins to speak, “So you were on the phone making dudes splash their man chowder all over the furniture with JUST your voice?”

“Damn, girl,” Rosie explodes, “That is cool as shit!  You got paid to moan, but you did not have to get naked or fuck anyone — SIGN ME UP!”  Rosie’s excitement was short-lived, “Wait a minute . . . That still does not explain why we had a random man releasing his load into our shoes!  He also claimed to know you!”

Rachelle took another deep breath and continued slowly, “The String of Pearls Stroker was a client that called me all the time.  It started at once a week and turned into a call during every shift.  His name was Reginald.  His calls were always about his fetish for women’s feet and shoes.  He always told me about this fantasy that he had to break into women’s homes and ejaculate into their shoes.

“For months, I just listened, trying not to judge and run him away.  I may have sort of told him to be his true self; stop denying the feelings he had.  I told him to stop suppressing his urges!  How was I supposed to know that he was going to find me and do it to us?”

Rachelle resumes after a long pause.  “I started reading articles about women finding semen in their shoes, but I did not connect the two.  I even saw a news report about the “String of Pearls Stroker,” but I just thought it was a coincidence.”

“Rosie,” Rachelle says with a whisper, “Say something, anything!”

“Just when you think you know someone,” Rosie offers after a sigh.  “I thought you were this boring girl from the suburbs.  Boy, was I wrong!”

“Well, the String of Pearls Stoker has been arrested, so hopefully, he can get the help that he needs,” Rachelle says with concern.

“If all those women come forward,“  Rosie interjects, “Reginald will be committed for a long time!”