The String of Pearls Stroker is Back and We Are Ready! — Part 2 ♕ 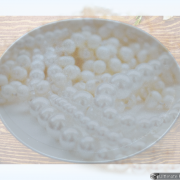 The String of Pearls Stroker is Back – – We’re ready this time!

“Rosie, do you hear that?” Rachelle whispered.  “Pause the movie and bring up the camera in my room on your laptop, hurry!”  While they waited for the site to load, they started to hear moaning coming from Rachelle’s room.   When the security system website finally loaded, they could see a male figure holding one of Rachelle’s shoes, moaning and groaning.

“What is he doing?”  whispered Rosie,  “It looks like he is trying to leave us another string of pearls.  Should we call the police?” she continued.

“No, I will handle this my way!” Rachelle responded.

Rachelle tiptoed to the kitchen, picked up her favorite frying pan, and headed toward her room.  She wanted to catch her intruder off guard, so she stood outside the door and waited.  She had placed her Bluetooth in her ear before leaving Rosie’s room so she could tell her where the intruder was at all times.  After fifteen minutes of waiting, Rachelle got word that the dirty deed was done, and their unwanted house guest was on the move.  Just as he stepped out of her room, Rachelle whacked the intruder on the back of the head, and he hit the floor like a large sack of potatoes.

“Rosie, get out here and help me tie him up!” Rachelle shouted.

The Big Reveal — He’s gonna have a HEADache in the Morning!

The ladies restrained their semen burglar so they could interrogate him before the police arrived; Rosie called them right after Rachelle hit a home run on the back of his head. They rolled their encroacher on to his back, dragged him to the couch so they could lean him against it.  “Hey, what are you doing here?  Why were you giving my shoe a cream pie?” Rachelle yelled emphatically.

The man had honey-brown skin, black hair, and a thick and curly beard but well-groomed.  The climax violator stood about six foot three if he could stand and was quite handsome, even from Rachelle’s standards.  “Rachelle, it looks like he’s waking up,” Rosie sputtered.

“Who are you, and what are you doing here?” Rachelle asked, waving her favorite frying pan.  “You better start talking, or they will also need to call you an ambulance!” she demanded.

The suave, honey brown-skinned man began to speak slowly with a deep, sensual voice.  “You are so much prettier in person, Rachelle,” he said.  “I have been waiting for this moment for over five years; you don’t remember me?”

Rachelle replied incredulously, “I don’t know you; I have never met you!  In fact, I would remember you and your sting of pearls tendencies, considering that you are quite good-looking!”

“Let’s see if I can help you remember,“ the man insists, though his hand and feet remain bound.  As the trespasser begins to speak, Rachelle and Rosie take a seat across from him to listen.  Rachelle still has her trusted frying pan in hand.

The String of Pearls Stroker is a Phone Sex Addict?

“Six years ago, I was going through a really rough time, and I needed someone to talk to, someone who would not judge me.  I had no place to turn, so I started calling a phone sex hotline.  I could not find one worker who would genuinely listen to me.  All they wanted to do was make noises like they were sucking cock or like I was fucking them in the ass.  I needed more!  Rachelle, do you remember providing me with what I needed?” the spewing invader probed.

Rosie looked at Rachelle, who had lowered her frying pan and was holding her face with a look of dismay.

“Rachelle, do you know this man? What is talking about?” Rosie exclaimed.  “Why is he saying that he knows you, and you “helped him” when he needed someone?”  She continues, “Was he one of the smokin’ hot professors you always talked about in undergrad?”  “What is he talking about?”

The creaming criminal spoke again, “Should I continue, Rachelle?”  Before Rachelle could reply to his sexy, gruff voice, there was a knock at the door.

“California State Trooper, we got a call for a home invasion at this address. Is everyone okay?” asked a voice from the other side of the door.

Rachelle gestured to Rosie to open the door.  Rosie quickly opened the door and led the police to the intruder, tied up and incapacitated.  “This man broke into our home several times and left a pearl necklace in our shoes, a different shoe each time, I might add,” Rachelle said persuasively.  “We have proof from a camera system we had installed!”  The police handcuffed the nasty intruder, took Rosie and Rachelle’s statements along with pictures and evidence, and dragged him off to jail.

How will it End?  Who is this man that leaves his DNA in women’s shoes?

Who is the serial jizzer, and why has he entered Rachelle’s life NOW?  Check out next week’s blog to conclude The “String of Pearls” Stroker — Part 3!