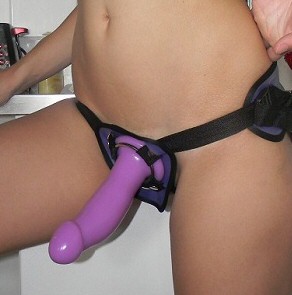 6 years ago
Ass Fucking,Strap on

It’d been way too long since I’d gone to the club. I think it’d been months..and that needed to change. The time had come for a much-needed girl’s night out. Heels & sexy lingerie, and tight little club dresses that leave just enough to the imagination.. Hair down and slightly curly, and just me and two of my friends from college, Leila and Ash, tearing up the town all over again. We went to the large night club in the middle of downtown, and had a little fun taking shots and grabbing the attention of a few guys next to us.. It was a little slow with the flirting, since guys can get intimidated walking up to a group of us, and vise versa. But little by little, we merged the group and decided to take the afterparty to Leila’s house.

A few rounds of beer-pong after, we were completely wasted and just laying around, having a good time. The TV was on some nameless channel, playing a chick flick that the guys had no interest in.. but I was really into the guy I’d paired up with. His name was Josh – a little older than me, light eyes, dark hair.. and very charming. Not to mention, he was rapidly getting interested, and a little excited, whenever I leaned in to whisper something. However, it wasn’t long until one of my friends was just the right level of drunk to suggest an orgy..and of course, Ash would be the first one to suggest something like that.

The right level of drunk for many things…

The guys were visibly nervous..but we eased them into it, coaxing them and flirting, saying we wouldn’t be rough. We’d make it worth their while! ♥ After all, if they’d never tried it, they could write it off as a “drunk mistake” and never talk about it again. I was the first one to put it on, tightening it up and lubing it up for Josh, who was surprisingly open to it. He’d definitely done it before..arching his back for me and reaching back to spread his cheeks. I should have known! I’m naturally attracted to kinky, fun guys.. He was no exception. 😉 So he got it nice and slow for a little while until I was sure he was ready to get pumped hard..and then, there were no limits after that. Just pure strapon fun.