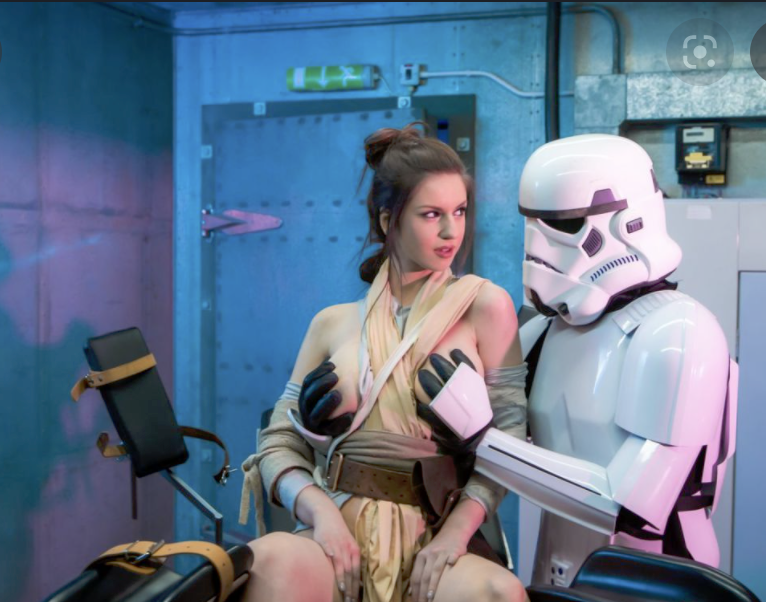 Leia and Chewie in the Woods

The trio heard boots crunching and then a voice: “Hey Rey! This is not the cock you’re looking for!” Rey and Han turned around to see Luke Skywalker wearing nothing but his boots, his flesh saber pointing due North. He stepped a few paces closer and cocked an eyebrow. “Or is it, babe?” Luke grabbed Rey’s hips and shoved it deep inside, saying: “I don’t want any Resistance babe!”

More Guests to the Party