Smashing Nuts When I Cross Paths With a Shrimp-Dicked Loser ♕ 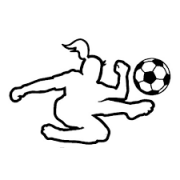 Smashing nuts is the first thing girls who are so much better than you learn.  The simple truth is that a huge amount of guys out there don’t realize that they’re losers.  I can’t tell you how many times one of them thought it was okay to approach me with the expectation that I’d give them some kind of chance.  Of all the hotties and big black cock in Philly, why would I fuck with your weak piece?  What’s even funnier is their refusal to take no for an answer lol!

Let’s be brutally honest for a sec…

Whoever told you that size doesn’t matter lied to you.  Plain and simple.  Whoever told you that your personality is the only winning feature you need is trolling you.  You need only look at the success rates of jerk asses to know better.  If there is a hot, hung attached to a bad attitude, I’d still fuck the hell out of him.  In fact, I might even get off on it.

Back to smashing nuts

Honestly, there are few things in the world as satisfying as putting all of your strength into one giant kick to pulverize a pair of overreaching cum tanks.  The reaction is priceless but, believe it or not, I actually enjoy feeling that squished nut sack press against the tip of my shoe or the upper side of my foot.  It’s taken completely off guard, and I can most certainly tell.  If you sound anything like a man when you scream, I clearly didn’t kick you hard enough.  I want you to squeal like a little bitch.  I want you doubled over like you’re gonna puke and want to see fucking tears streaming down your face while you beg for forgiveness for wasting my time.

Recently, I was at someone’s pool party when along came ‘that guy’.  You know the guy.  He’s the one who’s super drunk only one hour into the party and somehow thinks he’s Casanova.  Sometimes he can be fat, but most of the time he’s just some puny, pale loser who thinks showing off his ab-less chest gets all of the ladies hot.  He’s also genuinely surprised when he gets turned down by every 9 and 10 there.  Hell, even the 6’s are like, “we can do better.”  I’d done my best not to be noticed by this fucking loser, but there’s only so much the girl with the biggest tits at the party can do in order to avoid his attention. My bikini top had no interest in my newfound agenda.  I aimed to show my puppies off, and that’s exactly what was happening.

He starts to zero in on me

My eye roll went unnoticed.  My lack of interest went unregistered.  However, his bad time was turning into a bad time for me.  I couldn’t have that.  He chose the wrong bitch to fuck with, and I readied myself as my friend got into position.  At that point, he was making an utter ass of himself, and everyone’s watching him crash and burn.  My girl, Bailey, and I had one last parting gift.

With all of her might, she yanked down his pants and revealed his pathetic five-and-a-half-inch dick to the whole party.  Then, like a batter at the plate, I reeled back and let’s swing right into that coin purse. Absolutely everyone got a front-row seat to this nutcracker suite.  Everyone’s reactions drowned out the music.  EVERY beta grabbed his own junk and recoiled in fear while everyone else pointed, laughed, and jeered over his high-pitched cry of agony.

They remarked on the airtime, too.  Apparently, I’d kicked him so hard that the force of it had lifted him off of the ground.  He didn’t land on his feet, though.   He was practically choking on his testicles after pissing himself a little.  At least, I thought it was piss.  Wait…did he?