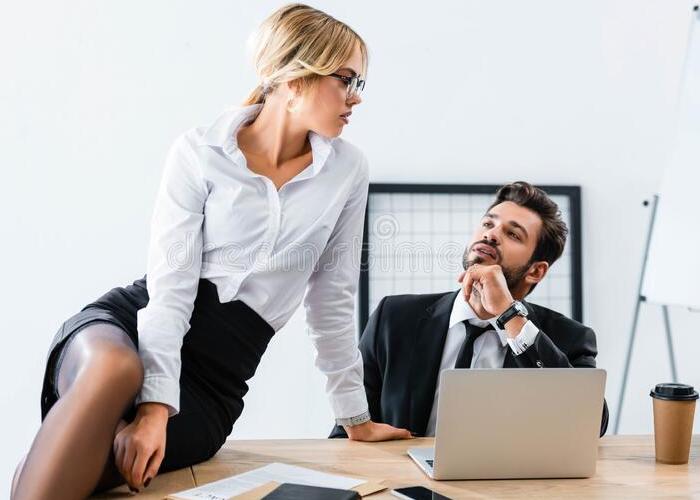 Hell, I would fuck a room full of hyenas if it made him happy. Thankfully, that isn’t his thing. His thing would be seeing me fuck a bunch of his expensive escorts. Of course, they are sexy so it is fun.

He isn’t bringing in trashy girls. This man only wants the best. Hello, he has me as his secretary.  He loves a good sex show and has all his cronies over for them. I usually help organize them.

However, he has a proposition for me. If I am willing to do a private show for him and his girlfriend, I can have this promotion. The private show is me with the escorts doing anything he tells us.

Of course, I keep it professional with him. He has no clue what a freak I am outside the office. This is right up my alley and I am going to hit it out of the ballpark for that promotion.

Our boss loves to see us in unusual positions.

I love that my boss thinks I am a normal lady.

I can’t imagine what he would think if he knew the life I live outside of work. His face would be in shock if he was listening to the details of that Frozen Grand Lake Party we stumbled onto.

Of course, his dick would be rock hard because he is a pervert like me. I think that is why we get along so well. He is a total pervert and freak. In the business world, he is completely professional.