Tied Up Slut Gets A Spanking And Rope Burns During Rough Sex.* 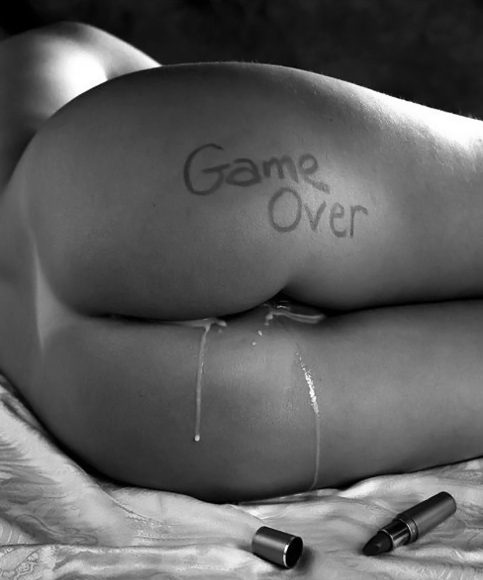 Rough Sex can be so hot and kinky and every now and then I love the feeling of being sensually dominated.

I’ve got rope burns on my wrist from Rough Sex that are driving me crazy today, they’re so sore and tender. They’re red and I have to wear a long sleeved shirt to cover up the marks. Oh well, at least I’ve got a nice reminder of what happened last night. Kevin is so good when it comes to having kinky sex and every bit of pain is worth it.

He grabbed my hair and yanked my head back, forcing me to look at him and he told me to be quiet.

A rush went through me and my pussy throbbed as I looked at him; I knew he was up to something fun and Rough Sex would be part of it.

I waited and looked over my shoulder at him as he went to the closet and took out some rope.

He came back to me and held my arms over my head, tying the rope around my wrists then around the bedposts. He tugged on the rope as he knotted it so it wouldn’t get loose and there was no way I could move. “Try and get away,” he told me, teasing me and I wiggled for him.

The rope bit into me and he got behind me, putting his hands on my hips and pushing my ass up in the air. He rubbed my ass and I shivered when he stopped, bracing myself for what was coming.

He smacked me, his hand landing on me with a loud crack.

I jumped and gasped as he Spanked me and my ass began to sting and he did it again and again until my ass was swollen and burning. He then moved closer to me and I felt his dick rubbing over my pussy lips. “Please,” I begged, wanting him in me and I groaned as he pushed inside.

He went in deep and his big hands held me as he started fucking me.

The sex was rough and every time he thrust into me my body rocked forward, making the rope slide over my wrists as it held me in place.

He grunted behind me and his dick brushed over my clit when he moved.

I pushed my ass back and met his thrusts, forcing him in harder as my pussy gushed.

My clit was throbbing and little tingles went through me every time he touched it. I moaned and begged him not to stop as his balls slapped against me and his fingers bruised me.

Kevin started moving quicker, his dick jabbing me as he lost control. He rammed his dick into me and I came hard, my pussy squeezing around him. Then he groaned and gave two more thrusts before he started shooting his load in me.

After a few minutes, he undid the rope and I rolled onto my back, looking at my raw, scraped wrists. They hurt but my pussy was still aching from such Rough Sex and I wanted to fuck him all over again.