Slut Fucking Ex-Sex. Was I Sorry After? What Do You Think? 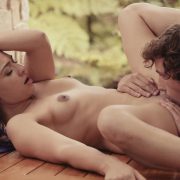 Slut Fucking Ex-Sex. Was I Sorry After? What Do You Think?

I could have just let him go. That long black sedan was waiting outside like it used to be outside my building. It didn’t matter how long we holed up inside, Jerome (his driver) was right there waiting like something out of a 50 Shades storyline.

Self-CUNTrol isn’t in my wheelhouse!

“You just never get enough of Philly, huh Mr. B?” He turned painfully slowly and my heart nearly stopped when our eyes met.  “Jo-Jo!”, he exclaimed before sweeping me off my feet and twirling me effortlessly through the air right there on Market Street! I had a dress on, but that never seemed to matter to Tim.

So, we ended up in my bed with me calling out of ballet practice.  Also, while my husband was dutifully working for our lifestyle.  I was a heel in the truest sense of the word. Later, I’d live to regret it.

In the meantime, there’s ALWAYS a price to pay!

I’ve never been good at lying; even when not asked.  The minute I got home I had the look. Brad was sitting up in bed with his glasses on.  He smiled and I avoided him. I smiled quickly, then tried to rush into the shower. “Where are you going, Joey?” His voice trailing off as I ran. “What?! Gimme a sec! I’ll be right out.  Long sweaty day, Babe!”  I showered as thoroughly as I ever had, inserting soapy fingers inserted to get it all out. But, I knew I could NEVER get the massive loads Tim put out!

I tipped back to the bed right after and climbed onto the high bed.  My plan to snuggle against him and drift into postcoital bliss didn’t go exactly as planned. Apparently, I had it in my head to clear it all and just tell Brad what I’d done even if I had no idea why I had done it.

Brad inhaled and asked, “And?”.

“He told me I’d never looked better and that he thinks about me often. Then, he hugged me tightly.” I said meekly.

“Maybe a little…” I knew I was in full blush and I felt the familiar slickness between my thighs.

“Okay.  So, I fucked him.  Is that what you want to hear, Brad? It wasn’t planned if that’s what you’re thinking!” I felt myself becumming defensive and therefore, guilty as fuck! Right?

“We kissed and then the next thing I knew, he was eating me slowly, you know, like I told you he always did…”

Should I tell him everything?

Brad started in again. “You just went to his bed, huh?”

However, I should have thought my response through more thoroughly, but you know how that can be.

“The first time was on the kitchen floor…” (SHUT the fuck UP, Joey!)

“The Floor” I could hear the pain in his voice.

Brad continued. “So, please tell me there was a condom involved! There was the pain again and it was growing. But, with each word spoken, so did his dick. “Go on…”, Brad said.

As a result, I just had to succumb to slut fucking ex-sex.

“I couldn’t control it, Brad; I swear, I tried! Sounding like a fucking pussy, all apologetic. But, Brad needed to understand. For example, there were MANY exes I’ve run into over the years, coupled with fights we’d had. But, I didn’t race into their arms.  We’d made it through the rough patches. Then, something happened that made me vulnerable to the attention of other men.

Simultaneously, Brad had a wicked schedule that also left me alone. I don’t do well with alone.  Besides, Brad could trust me with anyone…except maybe Tim.  As a rule, I don’t kiss and lick and… In this case, you’ll have to know the deets! Tim had the perfect cock, with veins everywhere and how ticklish they are under my tongue!

Moreover, the great sex isn’t all there is to Tim.  He’s smart and funny and sexy and GOD does he love the way I give head!

In addition, Tim is so appreciative! That’s a HUGE turn-on!

All in all, I’d say he’s a perfect lover, except… I say except because Tim is now and has always been emotionally unavailable.  In short, he’s just a great cum-fuck.  Thus, he’s my go-to for slut fucking ex-sex and he hasn’t been in Philly in a long time, so…? I never forget the feel of his bulbous head and the weight of his ball sack slapping against me. I tried not to cream right there in front of Brad.

He continued his interrogation, “So, what positions did you get into for him, Jo?”

“Do you need specific details, Brad?” I asked.

“Yesssss.” His ‘s’ lingered like Dracula’s. “Tell me all about your slut fucking ex-sex, whore!”

“Okay, Brad. You asked for it.” I couldn’t make eye contact as I continued.

“On my hands and knees, he entered me until I felt his smooth balls sliding against me. He fucked me good, Brad.  And often! Is that what you need to hear?” I couldn’t believe how ANGRY I was that it turned him on so much.

Choices made in haste, huh?

Brad grabbed me by my hair (something he had NEVER done before) and it made me wetter. He slammed his dick deep inside me without regard for my fancy panties! Damn! Who knew he could even fuck like this.  Sadly, my choice had already been made.  Furthermore, I opened my big mouth again to tell him when he made some confessions of his own!  Brad had been fucking my friend, Miranda and she was pregnant with his baby! Color me BLIND and blow me over!  She hadn’t tried that since the time in school that led to my high school sex stories. That time she went after Professor Adams!

I wanted to be angry, but how could I? I’d been doing this shit to Brad for years. I was mixed with anger and PRIDE for him swinging back finally.  But, I can’t deny, it stung like a mother fucker!  Later that night, Brad ate every drop of cream pie from Tim that he could get.  And then, it ended.

I ran into Brad a year later and after the divorce.

He looked really happy with her and their new baby girl.  I was a little jealous.  Not that Tim and I aren’t fucking and loving like robots.  Hell, Tim’s even become open and expressive, which was our only issue previously.  And I didn’t even want a little crumb-snatching, little ankle-biter tying me down. I don’t know. I guess it was the whole happy family vision that haunted me.  What if?

In conclusion, Tim is a dream and seeing his eyes light up when sharing with me is magical. I was finally happy.

So then, what the fuck got into me when I stumbled into Sean!

Wanna know what YOU can do to keep the home fires burning hotter than coal? Call me for the best in HOT PHONE SEX! I bet you’ll look at your girl a little differently tonight! Heehee.