Siren Head Game Is Not To Be Played By The Weak ♕ 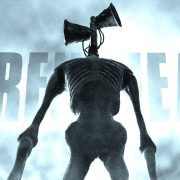 The Siren Head Game Is Not To Be Played By The Weak.

This siren head game is one to take in stride.  Bruce is the son of a siren and doesn’t roam the woods like in the video game of the tall lanky creature with speakers on his ears.  Bruce may appear to be super sexy like Blake Shelton/Bradley Cooper/Dwayne Johnson…  He is mostly hue-man with a tad bit of magic.  It is that magic that makes a gals panties fall to the floor if not drenching them with luscious pre-cum.

This creepy Siren Head Game will have you urinating on yourself as your auditory senses are constantly put on edge.  Bruce isn’t interested in the chicks that he easily enchants.  He wants the gal that isn’t desperate for love/affection/attention and just wants to have a good time.  That doesn’t mean the adrenaline junkies either.  Those make him high and that’s that angel dust high.

Roaming through bars and parties, singing along, and stealing the show like clockwork, Bruce returns to his hotel suite with at least one good pussy.  Not all pussy is created equal.  There is some trash pussy out there.  Bruce is excellent at picking his fruit.  You should have seen the selection from the night he brought home 10 good pussies.  Let me tell you about a few of them:

She has the most gorgeous torso.  Men love her for her physique and slenderness.  No. 5’s narrow frame compels all the pencil cocks appearance to be girthy.  From this Siren Head Game No. 5 discovers that her innermost fears are broadcast on the radio and Bruce mimics her ideal crush.  The more fear generated the heavier No. 5 breathes to the point of hyperventilation as Bruce pounces her up and down on his cock.  Holding those thin, barely-there hips with just enough curve to know No. 5 is a lady, Bruce smacks that ass and knocks the wind out of her as her tight sweet pussy contracts and retracts with every uncontrollable breath.

The fear from No. 5 fed Bruce.  Fear fuels his ability to read others’ fears.  Cortisol is a full-flavored fear hormone and more palatable than adrenaline!  Each molecule is siphoned from the bloodstream, atom by atom without ever puncturing the skin.  As if by a magical transference your lust hormones (estrogen and testosterone) levels increase with an ever-flowing stream of vasopressin/oxytocin/dopamine/serotonin/norepinephrine to force love of this Slenderman urban legend upon you.  The more love you have for him, the more likely you are to remain human, and as the world knows you.

No. 6 has some really good pussy.

These rivets made Bruce the Siren Head more human.  His ability to mimic your fantasies and ideals was distorted and you could see his face is a siren, and his ears are speakers.  This trending internet myth created by Trevor Henderson is real.  Bruce is your new day Canadian Horror Villian.

No gamer girl am I!  Yet, I read a ton of literature on entertainment, technology, science, and more.  I’ve got a thing for SyFy fetish phone sex.   Turning your Siren Head Game or Lamphead pc game into something more perverse than a lonely ranger looking for a lost hiker is my specialty.