10 Good Pussies After the Hypnotic Song of 100 Bottles of Beer! ♕ 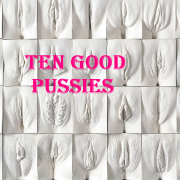 10 Good Pussies After the Hypnotic Song of 100 Bottles of Beer!

Ever sing the song 100 Bottles of Beer on the Wall and wonder how you ended up with 10 good pussies?  A man walks into a bar, not expecting to have 10 good pussies to leave with.  The game was to get as many digits as he could.  Dude’s talk game is strong.  He is truly gifted with the gift for gab.  Little did he know that his mother is a siren and somehow he could pull chicks through song and play in a similar fashion as she.  No, he isn’t a SIREN! Just a regular Joe at a Beer Pong Tournament that turns into a lustful rave of pussies poppin’ and titties flopping.

The lights are dim.  The bar is full of frats and sorors alike. All of the ladies are dressed to the 9’s.  Like most young girls, they smell sweet and fruity with a hint of excess pheromones fuming the air.  Tons of lean tenderonis ready for the picking.  Bruce walks up to the hostess and signs in.  The entire time, she reiterates the Rona policies, he stares at her chest and salivates like a hungry dog.  The other hostess walks up and asks if he is okay.

With the grin of a sly cat, Bruce bites his bottom lip. Leans forward with soft whispers in her inquiring ear: “You are fucking with a real one.” Before he could make it to his station and greet his friends the initial hostess texts: “Don’t just fall in that pussy, call me when you are done and we can serve it to you like pussy on a platter together.”

The crowd goes wild and Bruce sings along to 100 Bottles of Beer on the Wall.  All of the ladies turn as if in a trance and look at him with adoring eyes. Goo-goo eyes are all about.  Beauties swarm to him under his gaze.  The more into the song, the more glamoured the girls became.

“Tell me anything and I’ll do it”

Bruce told the girl to the left of him to reach in her purse and pull out a condom.  No condom there and reaches into her friend’s purse.  “Melissa, what are you doing?  Get out my purse.” Melissa didn’t waiver for a second; for she was on a mission to please Bruce.

“Hey, good lookin’. I see you have the ladies fighting over you already.  Wanna play?”

A tall brunette with the most amazing smile and cheekbones stands before him.  Emma-Jean’s collarbone is meant to be sucked and nibbled on, so Bruce leans in to say: “pussy on a platter is what I’ve got cooking mon chérie.”

“Pussy on a Platter!”

Miss Cheekbones walks off and returns pronto with three of her friends.  “Hey girls, Mister Have It My Way, wants pussy on a platter.”  As the crowd continues to sing 100 Bottles of Beer on the Wall, Bruce dances and enchants more of the ladies.  Over 1000 DM’s, new followers, and propositions to smash from several pick me I’m your’s gals.  Dancing about the room, Bruce realizes that there are a few not under his spell.  This sly fox only had to give each instruction to meet him at his hotel suite and no resistance came his way.