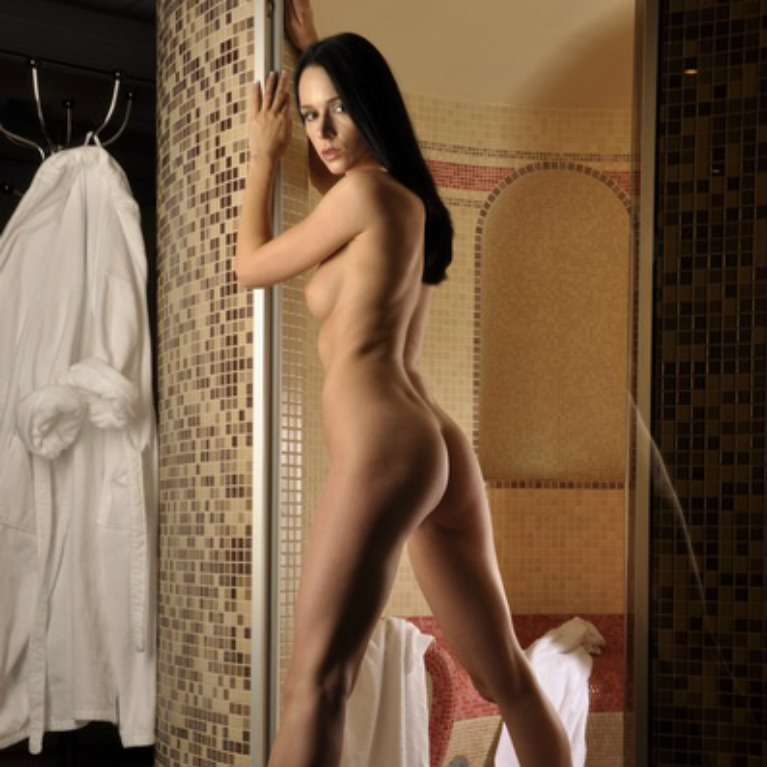 An innocent weekend between two best friends ends in shower sex with the hot stepmom!

Shower sex is fun especially when it’s spontaneous.  I had no idea that I was in for the hottest shower sex of my life that weekend!

My stepson Johnny asked me if his best friend Drake can spend the weekend with us.  His family was going away for the weekend, leaving him alone all weekend.  He was 18, so certainly old enough to stay by himself but he would rather stay at our house.  The food was better, we always had booze, and quite frankly… I live there.  What more could he want?

Drake arrived on Friday afternoon.  We had just ordered a pizza so he had dinner with us, then he and Johnny played video games and drank beer until very late.  I went into the kitchen just after midnight and noticed both boys apparently fell asleep on the living room couches.  I walked quietly passed them and went into the kitchen to grab a drink of water.

He laughed quietly, glancing at sleeping Johnny on the couch.  “I’m sorry I scared you.” he whispered.  “It’s really too hot to sleep.”

I nodded.  “Johnny’s room is probably much cooler.  Why don’t you go on upstairs?”

“Okay.” he said.  “Do you mind if I take a shower before I go to bed?”  When he said this, he looked down at my bathrobe.  It was short and silky and I tied it very loosely so that my tits were half showing.  I didn’t bother to fix it.  I pretended not to notice his gaze.

“I don’t mind.  You can use the master bathroom.  It’s much nicer than the one Johnny uses.” I gestured at him to follow me upstairs.

I led him to the master bathroom which was right through my bedroom.  I told him I’d be right back with some clean towels and when I returned, Drake was already naked and sporting a nice semi hard on.

“I’ll turn the water on for you.”  I said, leaning into the roomy shower stall.  “The knobs are a bit tricky.”  When I turned the water on, I was standing too close and it splashed all over my bathrobe.  “Shit!” I said, laughing.  “Clumsy of me! I should have seen that coming.”

Drake walked over to me and pulled my bathrobe off of me.  It dropped to the floor and now we were standing naked, facing each other.  He stepped into the shower and reached out for my hand.  I took it and he gently pulled me into the shower with him.

He was young, but he knew exactly what to do.  He put his hands just under my breasts and turned me so that I was facing away from him.  He then put his hand on the back of my head and gave it a soft push so that I was bending over.  I put my hands on the shower wall to steady myself.

He rubbed his cock head against my clit a few times, I could hear and feel that my pussy was already wet and ready for his cock.  To my surprise, instead of sticking his cock into me, I felt his tongue enter my pussy hole.  He had gotten on his knees and began to push his face into my ass cheeks and his tongue into my cunt.

I cried out as he tongue fucked me, first my pussy then my ass.  I wiggled my ass a bit for him, urging him to continue.   He kept using his mouth on me until I orgasmed loudly.  I hoped that the sound of the water would drown out my screams.

As I was gasping and recovering from my orgasm, I felt Drake pushing his cock into my pussy.  It felt hard and thick as it entered me and I felt  my pussy walls pulsating around his shaft.  He grabbed my hips and started to pound me hard.  He reached around and grabbed my tits with his hands and squeezed as he fucked me.

I saw this cock was still rock hard.

“Where are you going? I’m not done with you yet.” he said.

He sure wasn’t.  We fucked in the shower until we ran out of hot water.  After that, we took it to my bed.  I didn’t get a wink of sleep that night but luckily, Johnny slept through the whole thing!