Sexy Nurse Measures you During Your Check Up ♕ 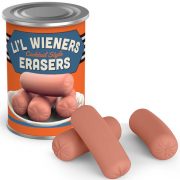 Sexy nurse fantasies are so popular, but one guy I know dreaded the time he had to see his doctor and met with a sex nurse first.  My friend didn’t like doctors.  The idea of stripping down for any reason, mysteriously made him nervous.  I insisted that both doctors and nurses are professionals, and whatever you’ve got going on with your body, I’ll swear they’ve probably seen worse.  See, I naively thought that he didn’t want to get a check-up because he was nervous about a lump or something.  Well…technically I was right.

I drove him myself AND sat with him in the lobby.  Whatever it was, we were going to get through it together.  I even pretended to be family so that I could go inside the check-up room with him.  He was so shy, but I told him it was going to be alright.  A nurse came in first, and might I say that she was such a cutey.  Curvy in all the right places with a beautiful set of tits balancing on her chest.  I wouldn’t have minded having her sit on my face for a while, but I guess my friend thought differently.

At first, I didn’t think my friend noticed or cared because he didn’t seem to budge an inch (LOL) down there.  She instructed him that he’d have to strip down and put on this flimsy robe that left very little to the imagination.  After what seemed like forever, he finally got his pants off (facing away from me, of course), and slipped on the robe.  When she came back, the check-up began.

First, the boring stuff happened.  You know, height, weight, etc.  But then the physical got physical.  It seemed reasonable enough to me when the sexy nurse reached under his robe and grabbed his package and asked him to turn his head and cough.  My doctor always touches my pussy when I go to see her.  However, my doctor doesn’t struggle to maintain a straight face while she feels around down there.  The nurse seemed to have trouble believing what she was feeling.  So much so, that she lifted the corner of his robe to make sure.

The sexy nurse pursed her lips together and smiled. “Let me just get the right instruments for you.”

“I-is there a problem, nurse?” he squeaked.

“No, not at all.  But I will need some assistance.”

Sure enough, she returned with a tiny little 6-inch ruler and half the nursing staff.  They all piled in with the kind of excitement you see in women who are about to see a baby.  I was half right.  The skirt flew up, and I couldn’t believe my eyes!  It was so small!  So small that even the half-pint ruler outclassed him!

“You said you were his…wife?”

“Sister!” I quickly corrected it. “Half-sister…!”

Could anyone blame me?  How embarrassing would it have been to have all of those women think that I’d fuck this tiny, little nub?  The worst part?  It was tough.  What we were looking at wasn’t going to get any bigger, but it could get smaller.  Wow.  I wish I could say that this is where it ends, but not only did my friend have a baby dick all of this time, but he had a hair-trigger to boot.

“It’s kind of adorable,” one nurse said as she booped it on time.  As soon as she did, though, she got an eyeful — literally.  That little coin purse shook mightily as it squirted right into her face.  She quickly scooped as much of it as she could into one of those urinal cups.

“Well,” she giggled, “that takes care of one test.”

It was so cute how his tiny cock thought that it did okay. It started getting hard again!  Those sexy nurses cooed and coddled the little dinky while it showed them how ‘big’ it was.  A second squirt was inevitable.

Well, he still hasn’t gotten over it, but at least I didn’t use Terrance’s name.  How big is your dick?  Call my phone sex line and find out!