After I graduated from high school, I decided to take a year off before going to college to explore the world and get to know myself better. And I must say that it was one of the best experiences of my life. I actually hitchhiked across the country for a few months and lets just say I really learned more about myself sexually. 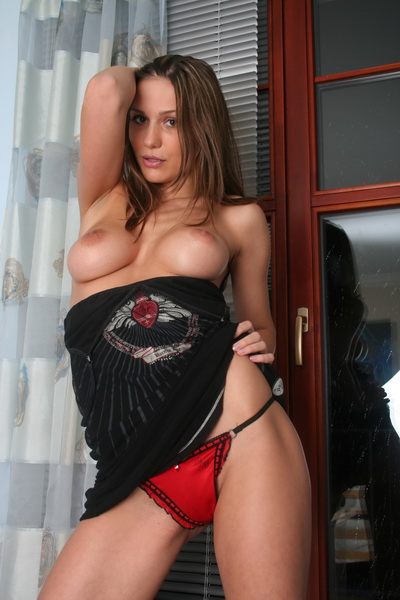 One such story that really comes to mind is the time I was hitchhiking from California to Nevada, hoping to go to Las Vegas. I was at a truck stop in Barstow and was trying to find a ride to Vegas, when two guys offered to give me a ride. They were cute and I jumped at the offer. During the ride out there, we talked and got to know each other a bit more. Both were friends from college and were going to a bachelor party for the weekend. They said I could crash with them and was up for it.
But on our way up, there was a huge accident on the freeway and that caused for major traffic. Like we didn’t move for about two hours and were stuck in their lifted truck that towered over all the other cars. We grew bored and the two guys decided to take a nap while I read a book in the back and I told them I’d wake them if we started moving again.
Then I got bored and didn’t have anything else to do so I woke one of the guys up to come play cards with me in the back. He obliged and as we were paying poker with coins, I told him how cute he was. He told me I was pretty hot, too, and I didn’t know what came over me, but I rushed him. He was surprised and shocked, but didn’t push me off and just went with it.
I was super horny and decided to put my hand in his pants to jack him off. He was loving every minute of the hand job, but then his friend woke up and saw what we were doing in the rear view mirror and said he wanted to join in on the action. Just then the freeway started to move again and so I told him to get off at the next exit to find a spot and we could all have a small party in the back.
We had to wait a while until we got to an exit and since we were in the desert, it wasn’t hard to find a secluded spot on the highway for us to have some fun. The other guy got in the back seat and I had both of them take off their pants. I then started to jack them off at the same time and told them that I’d fuck one and then blow the other off and we could switch so that they’d both be able to enter me.
The SUV was pretty roomy in the back and the last row of seats actually folded down so we had enough room in the back. I told the guy I was giving a hand job to that I’d fuck him first and sat on top of him to straddle him while his friend sat next to us and I grabbed his dick to jack him off. Finding the right position was sort of hard but it worked. I was surprised that the two weren’t freaking out about being naked with each other and having fun with two guys was a huge turn on. After the riding the first guy a bit, the guys switched positions and I was then riding his friend and continued to jack him off. He came, and was done, while his friend wanted more action.
While the guy started to put his clothes on, me and the first guy I was jacking off started to go at it in missionary in the back of the SUV. That position wasn’t working for me so I had him do me doggie style to the best we could given the room we were working with and made his slap my ass super hard. He gave me a few good slaps and really let me have it with one hard one that made me sore in a good way. Now I was really enjoying it and told him to pull my hair and he yanked it back while squeezing my butt super hard. I finally came and he soon followed and we got dressed and got out of the SUV to find his other friend smoking a cigarette, waiting for us to finish. I crashed out the rest of the way up there and we continued our threesome party in Sin City!