Sex with a Stranger, He Just Looked Like He Needed A Hand ♕ 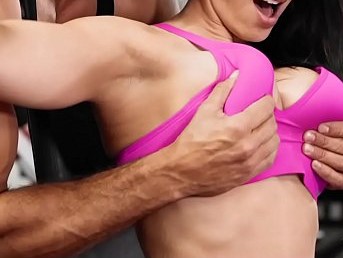 Sex with a Stranger, He Just Looked Like He Needed A Hand.

Have you ever had sex with a stranger? If you haven’t you can imagine how crazy this story is!

As I was headed into the gym it was that time of morning where the light is just starting to shine through the darkness. I passed by a car and there sat a handsome man jerking his dick. I kept walking but I could not stop thinking about that big dick.

Sometime later as I was riding the bike and listening to music. I saw him walk over and begin lifting weights. Omg, the bulge in his pants was driving me insane now that I knew exactly what it looked like. I wanted to go over there and pull it out and start licking it.

He caught me staring at him when he set up suddenly. Apparently, I had stopped riding and was openly staring at his crotch. I stood up from the bike and started for the bathrooms. I washed my face and wondered what the fuck was wrong with me. It had been a while since I had been laid but good lord!

He was touching me in a familiar way!

I walked out of the bathrooms and straight into that hard chest. Excuse me I said with both hands planted firmly on his pecks. He placed his hands on my hips in a very familiar position and grinned down at me. Wow, little one where are you running to in a hurry? I smiled looking up at that handsome man. Just headed back out to do some more cardio.

He bent down and whispered in my ear, I know you saw me. My cheeks flushed bright red and I looked at my hands instead of his eyes. Those gorgeous blue eyes that were staring down at me. I was not invading your space I just happen to be walking by and did a double take because well your dick is amazing! Surprised by my own brashness, I swallowed hard. My face flushed several degrees.

I want your ass!

He pulled me into the family restroom and locked the door. Your ass was exactly what I needed to blow that load this morning. I loved watching you walk away! Unfortunately, I can’t stop thinking about it and I want some more.

I shimmied out of my tight workout clothes and he did the same. He lifted my ass and pushed me against the wall. I instinctively wrapped my legs around him and he shoved that massive cock deep inside my pussy. It was extremely hot and wild how we fucked. He was deep inside me and I didn’t even know his name. Why the hell would I? That’s what happens when you have sex with a stranger.

Do you like to be watched as you jack off? Well, call me today for some phone sex chat. I can do any kind of fetish phone sex you desire. Perhaps you just desire to fuck some hot chick in the public bathroom before asking her name, as I did? Well, we can do that too because imagination is our only limit!

One Reply to “Sex with a Stranger, He Just Looked Like He Needed A Hand ♕”