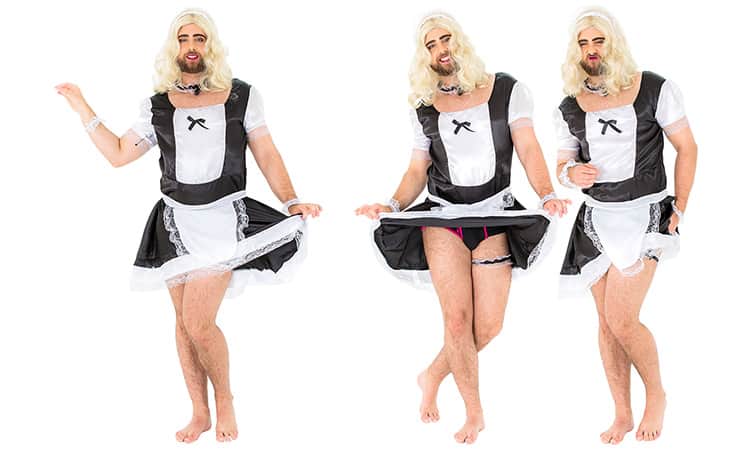 Al and I’s sick little sex story wasn’t close to being finished after I had convinced Al I could ruin his whole world. I still needed to get my friend, Rob, the goods he asked me from prison. Once I had Al in my grasps, I made him help me divulge a plan to have a romantic evening with Rob at the prison. Al said he could get me in through the prison’s basement door. There was a block of solitary cells where the was no video surveillance. Rob would have to get a violation and be sent down to the hole that day. Al worked doubles the whole week getting our lovely little room put together.

He brought in two single cots that he tied together to make a single full-size cot for Rob and me to sleep on, and a little table for us to eat at, and conduct business from.

Al brought in dinner from a local Italian restaurant for Rob and me to eat, he stood in the corner while we ate and was our little bitch waiter for the evening. When Al had to clock out, he left our cell unlocked and acted as if he was leaving the prison for the night. I snuck him back in through the basement door and he came into our cell for the night. Rob and I couldn’t risk him running his little cocksucker, so he was staying the night with us. I even got him a little french maid dress to squeeze into when he got back in. Al was going to be our little slave girl for the night and hadn’t even guessed that he wasn’t finished with our sex story.

Things had gotten hot and heavy between Rob and me while Al was leaving upstairs, so when Al got back and changed, I moved to the bed with Rob.

His cock was huge, and I hadn’t had a real cock in so long. I had been busy all week turning Al into my little cock whore and desperately need to cum on a big dick. Rob was apparently hungry for pussy, too because once I sat on the bed, he laid me down and started licking my yummy little pussy. Rob looked over at Al in his little dress and told the fag to suck his dick while he ate that yummy little pussy. Al’s naughty sex story was starting to get kinkier than any sex story he had been a part of before. Al eagerly swallowed Rob’s big cock and Rob’s tongue was teasing squirts from my pussy. Rob pulled the little bitch from his cock onto the bed and told him to watch what a real cock can do to a tight little pussy like mine.

Rob pushed Al down onto his back right below my spread pussy and straddled Al’s face as he slid his giant dick into my pussy. I instantly came, having my pussy filled with such a thick, long, juicy cock. Rob yelled at Al to lick his balls as my pussy juice dripped down them. Rob’s balls slapped against Al’s mouth while he pounded every inch of his giant cock into my pussy. We both cackled when Al told us he had never seen a pussy squirt before and Rob dug his cock deep into my pussy and filled me up with his cock cream, this sex story was the hottest Al’s ever been a part of.

Rob moved behind Al and laughed at how wet Al’s man-pussy got when Rob slid his fingers into him. Al stopped licking my pussy and gasped when Rob pushed his giant cock into Al’s asshole. Rob told Al to get back to cleaning that pussy while he pounded Al’s little homo hole. Al’s cock exploded as his ass creamed all over Rob’s dick. Rob made Al come and clean his ass juice off his dick.

While Al bent over and began sucking Rob’s dick clean, I fingered his queer asshole. Al’s ass squeezed around my fingers while he was on his knees trying to catch Rob’s load in his mouth. Rob busted his nut and Al ended this kinky little sex story with a cum-covered face!

You like being made to do things, don’t you?