Sex Confessions From The Back Seat 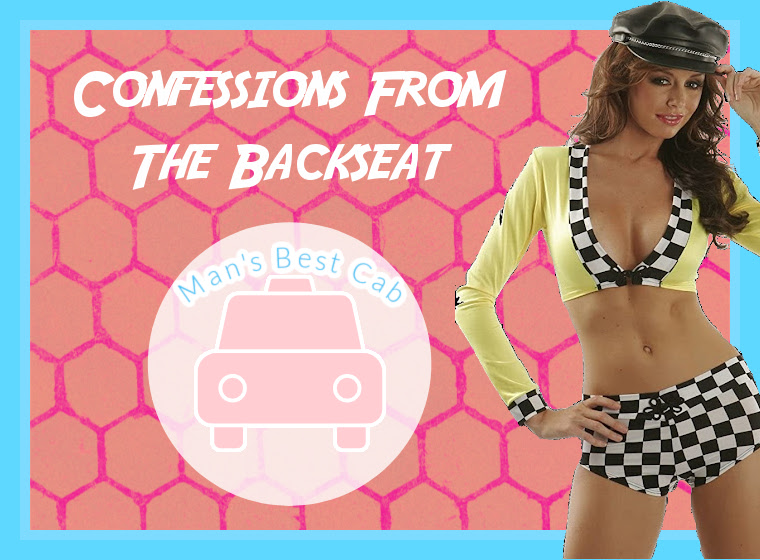 I Get Sex Confessions All Day At Work

Dirty little secrets get revealed in the back seat of my cab daily.  Being a mens only taxi service means that the guys talk about things they normally wouldn’t do to women.  When I first started the job, the sex confessions stunned me.  I did not understand why these men were airing out their dirty laundry to me each night.

I told a coworker one night, completely baffled by the last man in my back seat.  He had been fucking his best friend’s wife for two years now.  With the help of our taxi service, men could easily get their needs met.  She explained this to me over lunch.  The fact that men were apt to spurt out their secrets was nothing new.

When I met Milo,  he seemed tame in comparison to the rest of my clients.  He was well off and always on the way to see his family. It was refreshing that he was such a family man. The thing was, I didn’t realize how much of a family man Milo is. I had always thought how nice it was that he was always in a hurry to see his wife and kids, but I started noticing that the house I took him to was not always the same place.

“He said it was simple sex confession, but he lives two lives with two families. “

I shook it off because it was not my place to ask, and I was not about to dip into his business.  It went on for weeks, sometimes dropping him off on the west side and other days taking him to the east side.   I kept my thoughts to myself. So what if one house was well kept and pristine, while the other was a dumpy apartment?  I had no idea what was going on in his life.

It was Saturday when he got in the cab after kissing his wife at the suburban location.  She waved him off, wishing him the best on his business trip for the week.  Milo got in, and as we were driving, he told me to take him to his house on the east side. I nodded and started in that direction.

“I’m sure you’ve noticed by now.  You’re a bright gal, and I know you have questions.”  I played dumb for fifteen minutes before he started explaining the need for two homes. As usual, I listened without judging.

He said it was a simple sex confession, but he lives two lives with two families.  The woman in the suburbs was his first wife.  She went to the same college campus as him, and they fell in love.  Naturally, after two kids and a big disconnect, he stopped sleeping with his wife.

The Eastside lady was his second wife. They dated in high school, but he never got over her.  She was the one who got away, so when he met her in an empty bar one night, sleeping with her was obvious. It wasn’t gonna be serious, but the sex was fucking amazing. Then, she got pregnant.  Milo had to make the choice of divorce or ghosting.

In the end, he decided that he would keep them both!  One thought he worked on the road most of the year, while the other thought he took business trips once a month. He has two families in the same city that no one knows about. Talk about a dirty little secret!

What’s worse? Milo has been chatting with this college girl on the internet.  She lives one state over, and he is contemplating being with her, too.  As complicated as it all sounds to me, Milo seems to have it to a science. Now I have to look at his wives coming out to greet him with the weather being nice.  I always smile and wave, but I’ll never say anything about his other life.