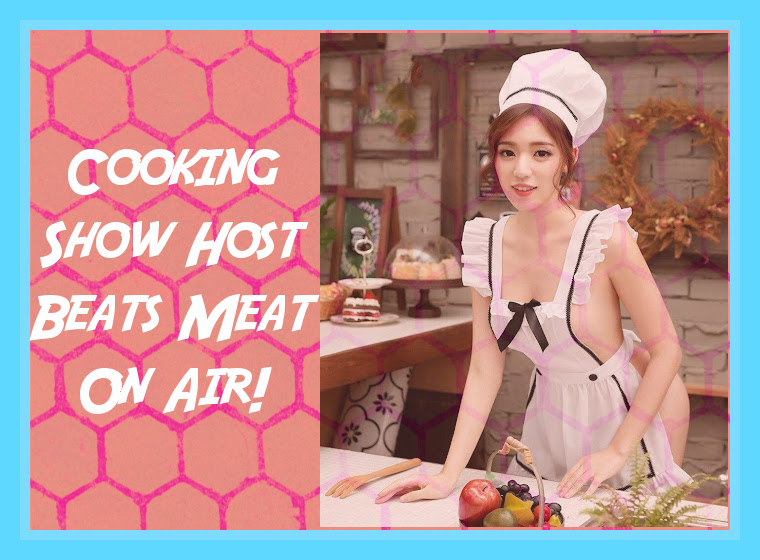 “Have you ever tried to flambe with a dick in your mouth, though?”

When the show aired, it started normally. Her logo across the screen and her big smile as she introduced herself.

It took a moment for Charlie to notice she was not wearing anything under the apron.  He found himself staring harder, trying to prove himself wrong.  There was NO WAY King was nude.  But then assistant Sami came out with some Roux he made in advance.  King said she loved roux on hot meat.  Confused, Sami asked what she meant. “Like macaroni and pulled pork?”

She winked at the camera while making the joke she would pull someone’s pork.

How does this end for Charlie? Set up a phone sex call with me today!