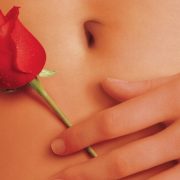 Time for a seductive American booty call. There are a few I remember well! I’ve known Shaun for about 5 years and he’s always good for a hot fuck. He’s older than me and very appreciative of my tight, toned dancer’s body. I was yearning for his dick. It was not too big, or too thick. It fits very nicely inside my pussy, and my ass! With all the craziness going on in the world right now, I knew he would be the perfect remedy for my quarantine induced aches. It had been at least 6 weeks since I’d had anything between my legs beside my fingers and toys. When I called him up and asked if I could sneak over I could hear his anticipation over the phone. Hoo-Rahh! I’m getting laid! Maybe it would be a final sexual purge, who knew?

Driving over to his place I thought about how we’d met. Once, I’d had a flat tire on a crowded freeway, and my fucking cell phone had died. So, while I was wondering what to do, a black ’65 Stingray had pulled up ahead of me, and he got out. Approaching me slowly, he’d asked if I needed help. Now, most of you know, I’m a very independent woman and don’t need help, but if he wanted to change my tire for me, that was fine with me. One thing led to another, and we’d ended up spending the weekend together. Thinking about it while driving over, I wriggled out of my panties.

When I got to his condo, he greeted me with a big kiss and a tug squeeze of my ass. But, before he even let go of my ass, I could feel my pussy getting wet. I reached down and squeezed the bulge in his pants and said, “I guess I’m not the only one who needed a Seductive American Booty Call.” I pulled his head down and returned his kiss with one of my own; teasing his tongue with mine as I slid my hand down, and squeezed his growing dick. Hearing him moan my name made me even wetter and I couldn’t wait any longer. I unbuckled his belt, took his slacks, and boxers down in one deft move.  Then, I slid my mouth all the way down his dick until my lips met his balls. Relishing in a mouthful of man meat, I snaked my tongue past my lips and started licking his balls at the same time as I contracted my throat around his dick.
“Fuck, Joey, I’ve missed this” he moaned as he started moving his dick in and out of my mouth. Looking up at him I could see he was as needy as I was and I decided we’d waited long enough. I pushed him back toward his couch, shoved him down, and lifted my skirt up so I could bury his dick in my tight, wet pussy. The feeling as I filled myself up with a well-remembered and appreciated piece of meat was exquisite. This seductive American booty call was off to a great start.

Slamming my pussy up and down on his dick, I could hear his grunts of pleasure and the little crinkle he always got between his eyes as he was concentrating on not cumming too soon. Grinding up and down on his dick, I felt it filling me up in a most delightful way. I needed his seed and increased my pace, my hips a blur as I slammed up and down on his stiff member, squeezing it hard with my pussy. Shaun grabbed my hips and increased the speed and force of our joining, starting to lift his hips up and down to meet my thrusts. Fuck, I needed this! Concentrating on the sensation of his dick pounding in and out of my pussy; I could feel my first orgasm starting to arrive.
So, I moved my hips faster, squeezed his dick harder, heard him grunt with the effort, and squirted all over his dick. This is what a seductive American booty call is all about! Lifting myself off of him, I licked my juices off his dick and balls, then started kissing my way up his chest. Before I even got to his nipples, Shaun grabbed my shoulders, turned me around, and pushed his stiff, wet dick into my snug ass.

“Unhh”, I groaned as I felt him fill my ass with his dick, his balls slapping against my pussy.

Reveling in my first good fuck in way too long, from a perfect sized dick, I started slamming my ass back and forth on his dick. I felt him grab my hips and pound me faster, driving his dick in and out of me with a fervor and intensity I hadn’t experienced in a long time, since even before the quarantine nonsense. I’d forgotten what a good fuck Shaun was, the perfect companion for a seductive American booty call. Squeezing my ass even tighter around his dick; I felt him moan with pleasure as he filled my ass full of his hot, sticky cum. I guess it had been a while for him too because he dropped so much cum in my ass, I felt it dripping down my thighs.
“Joey, that was A-fucking-mazing” he sighed. And as he laid back on the couch he had a look of utter contentment on his face. His dick, limp from its exertion, twitched across his belly as he looked at me. “How long can you stay”, he asked. Looking at me, I could almost feel the desire coming off him like a physical force. I realized that this lockdown was affecting everyone, not just me. That’s when I realized that everybody probably was in need of a Seductive American Booty Call.  I also realized I wasn’t going to get any sleep tonight. Looking down at Shaun, I could see his dick already stiffening up getting ready for round two. I’d always admired his ability to recover and he had always been imaginative, intuitive, and a very caring lover.

“Baby”, I purred. We’ve got all night. Want to hear what else we did during our Seductive American Booty Call? I’ll bet you never had hot phone sex as you’ll have with me! Call me and let’s set up one of our own.
Kiss, kiss,