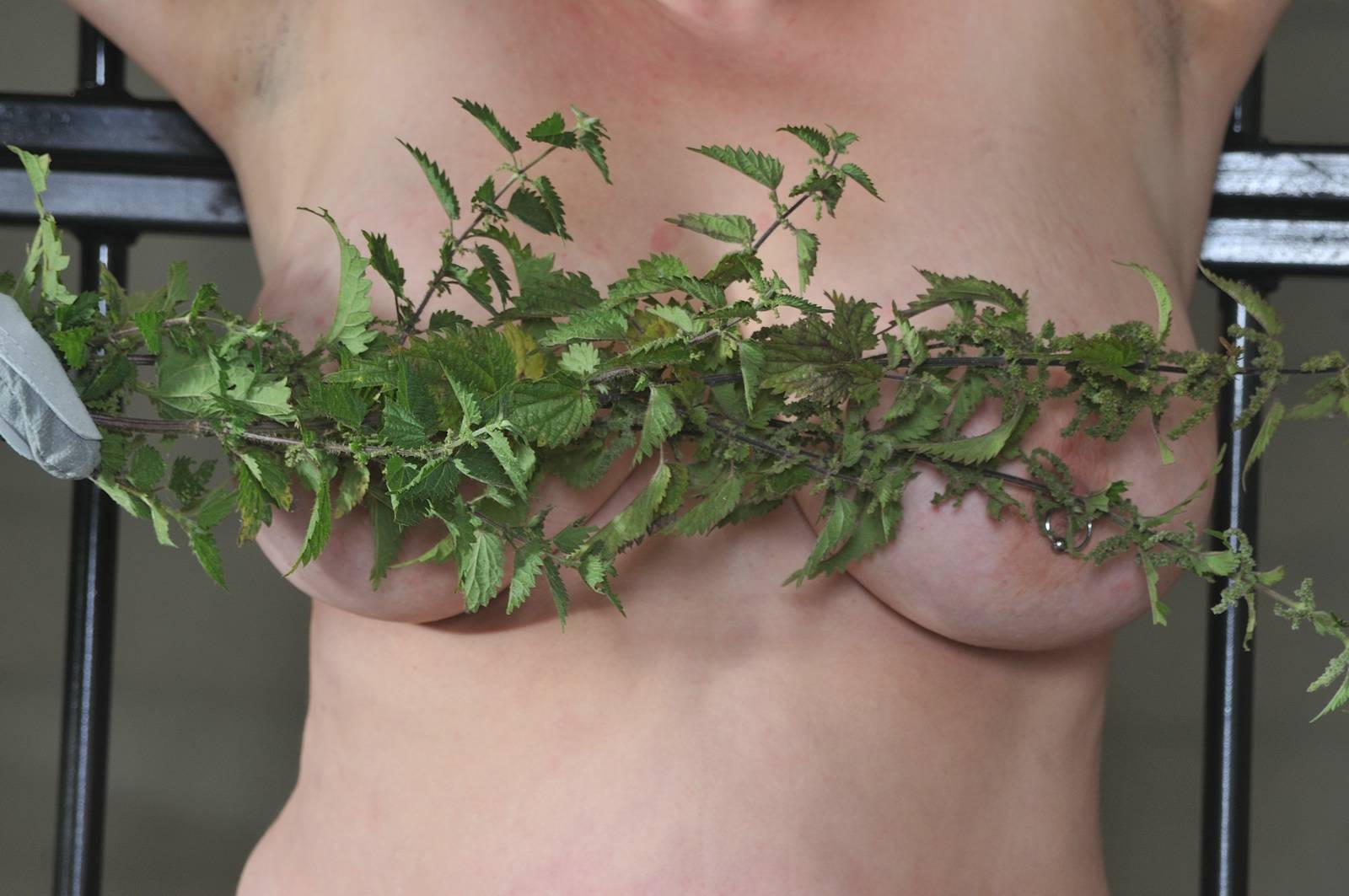 Sado-botany: the greatest part about “the great outdoors”

The new submissive I’ve been seeing lately surprised me during our woodsy adventure last week with a hands-on lesson in sado-botany. Well, a gloves-on lesson for me (but not for her) in using certain plants for S&M sex. Stinging nettles, specifically — or as I like to call them: “nature’s punishment!”

Like ginger root, stinging nettle is an organic SM ingredient usually safe for beginners. Whereas the gingery slow burn of figging is more like a numbing sensation, the sting of a nettle plant causes extreme sensitivity to areas it has been applied.

The burning sensation left from nettles can last up to 24 hours, much longer than post-figging sensations usually linger.

The hyper-sensitivity is particularly activated when nettles are applied to lightest skin and then grazed gently. The lighter the graze and thinner the affected skin area, the more intense the sensation.

I was excited to discover how pain(s) and pleasure(s) possible during nettle play (also called urtication) can be doled out in so many ways. Some sado-botany enthusiasts enjoy their already whip-like sting as floggers. I already knew my sub enjoyed intense nipple torture and pain, so I decided to test those limits first.

Talking about boundaries and limits before a scene with your bottom is always crucial. When experimenting with nettle play (also called urtication), be sure your submissive doesn’t have a history of serious food or plant allergies. Use a “patch test” beforehand by applying nettles to a small, soft area of skin. Wait two full hours to gauge their body’s reaction.

Maybe during our next sado-botany reality vacation, I’ll make her keep those stinging nettles in her panties during a hike? (but only after she’s finished picking enough to fill them, of course)