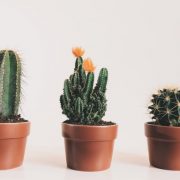 Sadistic punishment time. I love pushing people’s limits, though I don’t often get the chance to see how naughty someone can go! Usually, people let their limits be known, you know? It’s prevalent with the online community that I used to play with, and all the submissive boys I’d torment. They say they don’t like this; they don’t like that. This is especially true if they are someone that I met at a fetish club. I love going to those with my friends. After all, I love flirting a little and finding someone new to play with.

I’m too dominant to really be a submissive, but I love losing control. At the same time, I don’t want to take on a sub and control everything they do, but I love finding a masochist who I can hurt, and actually have them enjoy it. I have a little sadist streak, what can I say? A creative mind that loves to come up with all kinds of ideas for a sadistic punishment. I found one of these guys at the last fetish club I went to. His name was Derek. He was just a shaggy-haired, puppy-eyed, cute-faced guy who caught my attention. And to my surprise, he was an extreme masochist.

He’d done just about everything.

He’d been cuckolded, laughed at, spanked, humiliated, and whipped into next week.  So I was a little at a loss for what I could do that would surprise him, or even excite him. But this gave me a new dilemma. I could really get sadistic with this guy. No holds barred. I could get fucked up. So I jumped at it. I could try anything I wanted; I just had to gauge his reaction. After all, if he didn’t like it, he could just call the safe-word, and it’d be done with.
It started out simple. Spankings. I made him bright red from spanking his ass. He moaned softly when I tied him down, and the games continued—gagging him. Whipping. Squeezing his cock and using clamps on it. Fucking his ass with a vibrator.

I did literally everything that came to mind. He begged and begged me to use all of his kinks, all of his fetish phone sex ideas. And then, things got even more heated. I’d used just about everything in the room. I was out of ideas, so I started looking around for something new to use for a sadistic punishment. I paused, and there it was – a little house plant sitting on the windowsill, and next to it was a baby cactus. The kind people stick in a little pot in the sunlight and use it for decoration. I smirked a little and went to pick it up, coming back with it and seeing his face light up with curiosity.

Of course, there were some limitations.

I couldn’t do something crazy with it like shove it up to his ass. No. I knelt a little, letting his hard, clamped cock rub up against it. I let him feel the pain as the little pricks dug in just a little as I rubbed it up against his cock. He was moaning with pleasure and pain, and I loved it. As I kept the pricks pressing against his cock, I spanked his ass so hard it made him flinch and squirm. The sadistic punishment brainstorming continued. I spanked his ass again harder, and then rubbed the small spikes against his reddened cheeks.

Then, I untied him temporarily, making him bend over and tying him up in that position. He perked his ass up to the ceiling, cock hanging down and resting on the cactus. Then, I put on the harness and strap-on and brought it up to slap against his face. He was my little whore tonight. I was going to use and abuse him as much as I wanted. If he made any movement, it would make his cock brush up against that cactus. God, it was fun to face-fuck him. Every time his body rocked back and forth, he’d let out a little pained groan from the friction and mild pinches. I loved the ironic wordplay of letting the cactus pricks rub up against his prick.