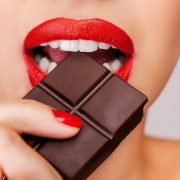 If anyone was going to make quarantine fun, it was him.

I used to have all kinds of fun with Omari. If I weren’t fucking him every weekend, I’d be having black phone sex all night. Jake, my poor white boyfriend, knows damn well about that, too. Sometimes he’d spend the night and stay up late watching football or boxing on the TV. The sound of the television is rather loud, but he could still hear me moaning from all the dirty things Omari was saying to me. He could listen to me moaning and begging for that big black cock like it was all I wanted in the world. It made him miserable. But, I love putting him in his place. I love reminding him that I do have a favorite type of cock, and I’m definitely a size queen. There’s nothing he can do to fix that.