I Had so Much Fun Pushing Pain Limits With my Sub! 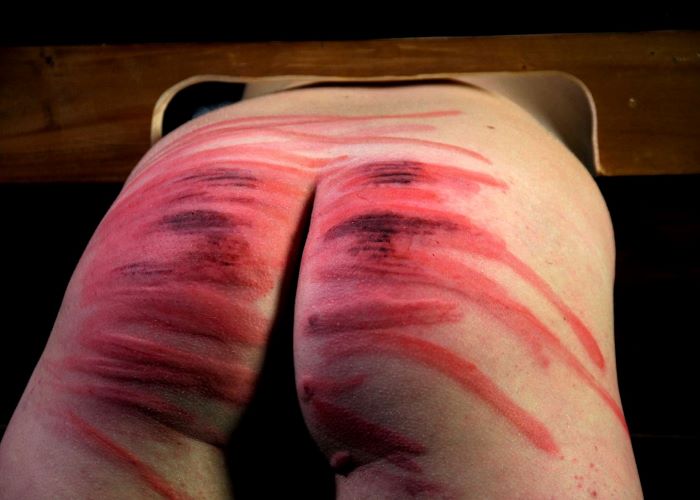 My little sub and I did a fun little scene where we began really pushing pain limits and trying to mark her long-term body. In order to do this training, heavy amounts of arousal were needed. This scene began with an interrogation. I sat her down and told her that there was something that I knew she had been keeping from me. That I knew that she had this dirty little secret that she was not telling me. I was going to break her, and I didn’t care what I had to do to her to get her to admit her shame.

The only pleasure that she was allowed at this point was from me. The amount of control that I had over her grew and grew with time, as many subs appreciate.  Today was my day, a sadistic day to push pain limits and get her to break for me. This particular sub was rather emotionally repressed, so breaking her would prove very difficult. She was tough and more likely to use her safeword before she was actually brought to tears in a scene. But she wanted to cry.

She wanted to test if she would cry and how much she could take.

Could she take it until it brought her to tears?  Could she push pain limits for long and hard enough to create lasting marks on her body? Would the safeword come before the tears or the marks? I knew I could mark her up pretty seriously without tears, so this would be a journey.  First, I needed to warm her up. I stared with my interrogation. I told her that I knew she was hiding something from me. Then, I told her that she was a filthy little sneak and that she was bound to be caught.

I bound her hands behind the back of the chair and stuffed a vibrating bullet in her panties. Then, I pulled out my cane and ordered her to spread her legs. Its time for pushing pain limits. I struck all up and down the tops of her thighs. She squirmed. She knew the answer to my interrogation, as we had discussed it before. All she had to do was answer correctly, and the interrogation would end. So, I beckoned her to confess! Mercilessly swatting at her thighs and welt rose as she exclaimed, “I don’t know,” and “Please stop, let me go!”

Striking her over and over. Shouting confess like the nun from Game of Thrones. She yelped, trembled, and tried desperately to escape my line of fire. Then, I turned it on. I studied her face and shouted, “You, dirty, little slut! even now, you are thinking nasty little thoughts, aren’t you? You should be ashamed of yourself.” Then, I lit into her with a force of about eight. Left and right, welts rose all over her backside. She flinched and winced about, but this had no effect on me.

For fetish phone sex, give me a call! Read more of my blogs for public shame!

One Reply to “I Had so Much Fun Pushing Pain Limits With my Sub!”