Pub Slut Cheats on Boyfriend for St. Patrick Free for All ♕ 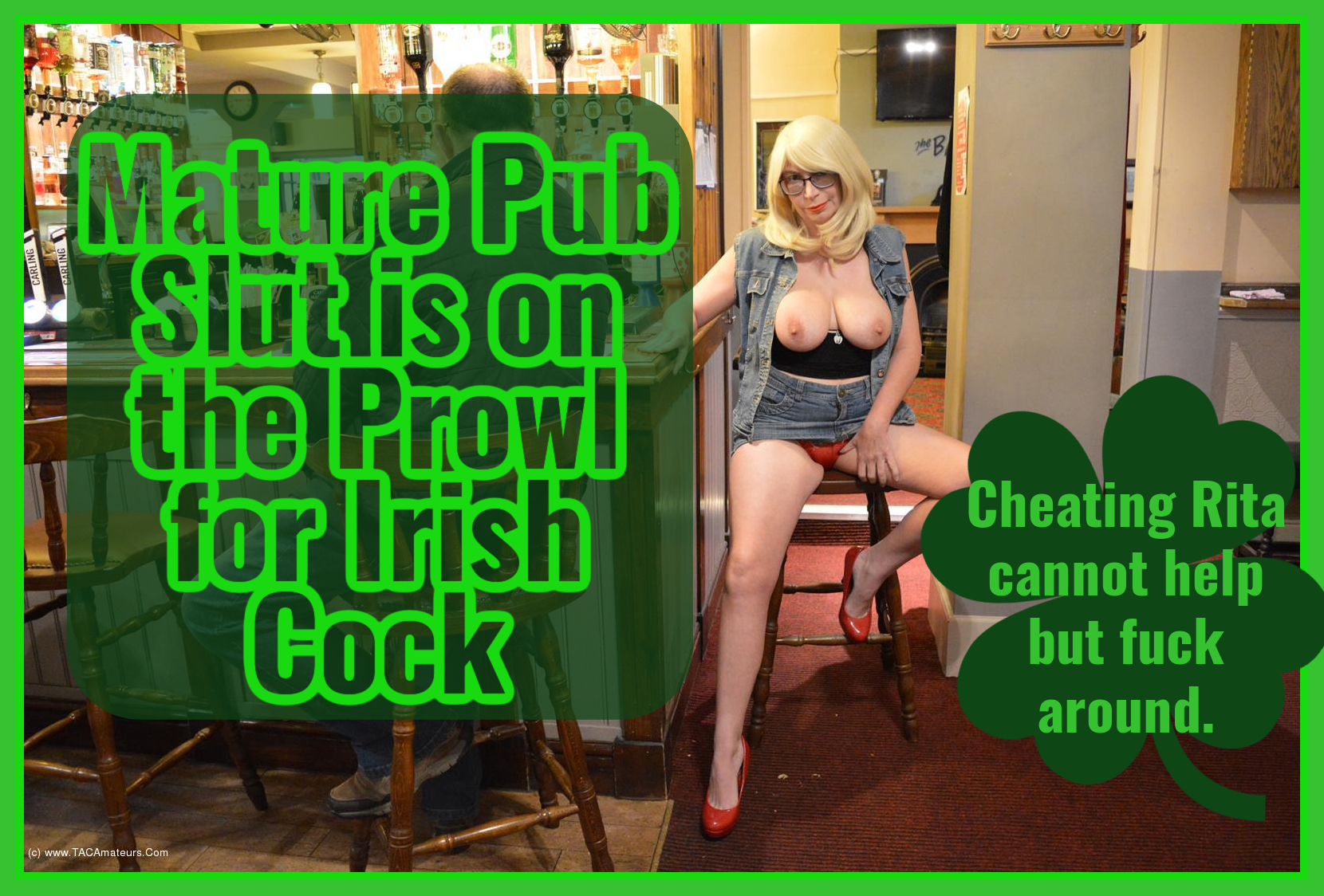 It is okay to be a pub slut.  At least, that’s what Rita said to herself as she got ready for some holiday fun.  She had not missed a St. Patrick’s day since she was old enough to drink. If her boyfriend thought standing her up for the night would keep her from her loose ways, he was dead wrong.

Erron knew she was a bar skank the minute he met her.  Rita had been the sexy blonde at Pub Fin known for bathroom blow jobs and fucking the bartender for free drinks.  The fact that she had to fuck anything that moved when she drank made him hard as hell.  That was in their prime.  Now they were both middle-aged, and Rita had never let her bar skank days slip from existence.  Her body slipped, her time on Earth shortened, and yet all she could think about was throwing them back and pounding the nearest meat stick.

What respectable man would marry a fucking pub slut?

At 45, he needed her to let this go and focus on becoming his.  He told her that he was out to visit Dave, who had been out of town for two years. He knew she was mad when he left.  The thing is that when she is angry and determined, very little will get in her way.

Approaching Pub Fin, Rita pulled at her skirt one last time.  She forgot how short it was.  The pub smelled of booze and sweat.  Men from her glory days were there, but there were also some new faces!  She felt her mature pub slut pussy leak into her red panties.  A new conquest is always welcome.  She sat at her chair, and the bartender, Jim, set her to drink in front of her.

“No, Erron today,” he asked? Not that he was bummed.  Erron had become a prude in his old age, trying to put out that wildfire in Rita that only burned brighter as time went on.  Jim missed fucking her sloppy wet pussy.

She inquired about the new faces, in which she found were college boys that got stuck in town on their way south to celebrate St. Patty’s day.  Instead of bumming out, they tried to make the best of it at the bar.  Well, Rita was more than happy to brighten the days of those college hunks!  She asked Jim for an introduction.

As a bar skank, promiscuity was second nature.  She dropped her top under her breasts and sucked on Jim’s fingers with the lust of an 18-year-old.  She crawled up onto the table and demanded the room’s attention. “Excuse me! My name is Rita Dane, and I have been a regular bar skank at Fin’s for years. Now, some of you know me, but for the ones who don’t… don’t be afraid to get some hot and horny GILF pussy.  I’ve got more than plenty to eat, and I never say no.  In the theme of the day, I will gladly take Irish cock.  Of course, really any cocks will do.”

Three of the young gentlemen pushed forward the meekest and most baby-faced of the pack.

As he came in her mouth, she grabbed him by the collar, pulled her lips to his, and shared his warm seed with him.  He wanted to yell out, but one of his friends had already found themselves balls deep in the bar skank’s pussy.  This was no time to weasel out, and he needed to grow up enjoying the process. Rita only wondered how she told Erron he was an old sex story.