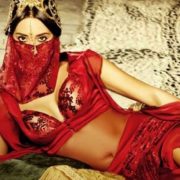 I’m a Prince’s paramour seductress to the Royal Family. It’s not what you probably imagine. It seems like yesterday in some respects, in others, like I was born to this lifestyle. Could I even remember the days leading up to my becoming an escort? Barely. Since those days, I’ve been an escort to some of the strangest array of people walking the earth. When I say, people, it’s because I have been hired by men and women alike. I have been a mistress to a cheating wife, a sub, I’ve been tortured,  raped, fucked, sucked, pounded in every orifice, my pussy has been stretched to damn near tearing my flesh, my ass has been so sore, I could hardly sit. In short, every fetish known to man, I have played with. Every form of sex has becum my world! Every type of Jerk Off instructions you can think of.

So, these days, I am generally clad in the finest of all things. Mikimoto pearls dripped from my neck and wrist, I drank only the single harvest 1858 Cognac, Cuvee Leonie, wore only the finest Russian Sables, and flew internationally via the Airbus A380 (formerly owned by Saudi Prince Al-Waleed bin Talal), so yeah, I live the “Glamorous Life”.

Into the Swing of Being The Prince’s Paramour Seductress!

Strangely, there is a man with whom I have shared and bared my soul, but with whom I also never seemed to make that permanent connection. He once told me he had nothing to offer me. Sad. All I really wanted, was him. He is a smart, charming, funny, sexy, handsome man. And what’s more, he embodies everything I never knew I wanted in a man. He’s kind and supportive and patient. How lucky am I? Well, despite loving him with all my heart, we have that same stumbling block. He thinks I can do better. And maybe I can. But, what if I don’t want to.

Fast forward to the day, I received a letter from my long-lost lover, stating he missed me and had moved, then rearranged the heavens to be with me. He had been working like a dog in addition to his normal work. He’d sold everything of value and had invested the money and won big.  He now had the world by the tail and was ready to finally claim his thigh-high wearing woman!

What he couldn’t have known, even back then, was that I needed NONE of the fluff that usually accompanied an older man with a young Mistress.  I just wanted him. When he came to me, he dipped low, not all the way. Bad knees, you know? LOL But, he did his best as he fumbled with the small velvet box clenched between his fingers. And he uttered the words. Presented me with his pledge of undying adoration and asked me to marry him!

Fulfillment for the Prince’s Paramour Seductress!

So, now that I have my dream man, do I still work as an escort? Well, let’s just say, my man is very understanding and has the patience of a Saint! But, he says listening to me getting fucked, or even just knowing about it, gets him harder than he’s ever been! I so want to please him, right? So, I suck those cocks and the pussies and always right where he can see it, and/or participate in the fun! But, is our relationship right where we want and hoped it to be? Catch me for some hot, fetish phone sex.

Call me to hear how, or IF we made it work for the long-haul!