I’m getting some of my Domme mojo back!

I slid the harness over my hips while he watched and I could see that his cock was fully hard now.  It felt so good to be in charge once again. I stroked the cock that I was about to fuck my husband with, in a sensual way with my hand. He could not take his eyes off my fingers and the way that I was fondling it. 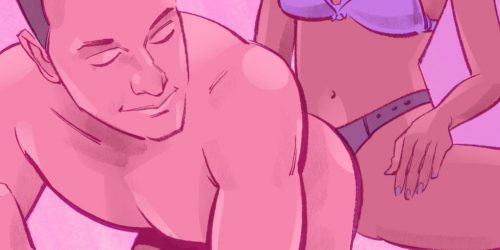