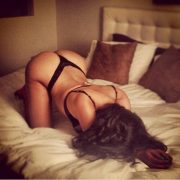 It went unused for a while,  but the first time that strap-on was used, was for pegging girls. I met this girl on campus. They were hosting some lame event that I decided to attend. I never went to these things cause I would throw way better parties. There was no use in going. I went this time because I genuinely had nothing better to do. I met this tall, thin blonde there. She had big blue eyes and perky little tits, just like mine. Her legs were much longer than mine. We began talking, and we both hit it off quite quickly. She expressed to me that she liked girls, specifically dominant ones.

When she told me this, my mind immediately flashed to the strap-on that I had sitting in my sex-drawer. I told her that I was quite dominant myself, and she laughed. Haha, she thought I couldn’t do it. She joked about how little I was, and that made my dominance hard to believe. I informed her that I had heard that many, many times before. That never stopped me from making men over twice my age cry. I let her know that I was pro humiliatrix and that everyone was five of my cruel sentences away from breaking down if I wanted. She was a sassy sub too. She would be taught who was boss, of course.

I doubted myself a little, as I had only ever abused girls who I was not particularly attracted to.

This girl, though, I was not sure I wanted to see her cry. We ended back up at my place soon enough, and we decided to do some tequila shots together. I put on some indie rock, and we slammed two straight off. Then we talked about all our likes and dislikes. It seemed to me that she just enjoyed light domination and not necessarily, broken like a wild horse kind of mastery. We drank two more shots and began laughing loudly. She cracked me up for a sub. Much less pathetic than the men I had over before her. Hmm, a challenge almost. I like a challenge. I watched her bite her lip and look down at something I said, and that was it.

Slowly, I leaned in and gripped the back of her neck with a firmness that said I meant business. I leaned in and let our noses brush, and then pressed my lips to hers ever so slightly. She was so delicate. I had never dominated someone who was more fragile than I was. I slowly, lightly, wrapped my wrist around her loose hair and then gripped it at the base. Finally, I climbed fully onto her lap and pinned her to the couch with my legs and chest. I gripped her head firmly in place as I deliberately and patiently kissed and nibbled my way down her neck. I reached her collar bone and kissed all up and down that too. Then her jawline, and her throat, last.

I gently wrapped my hand around it as I kissed her more.