Paying Off A Loan Shark.. How far will I go? 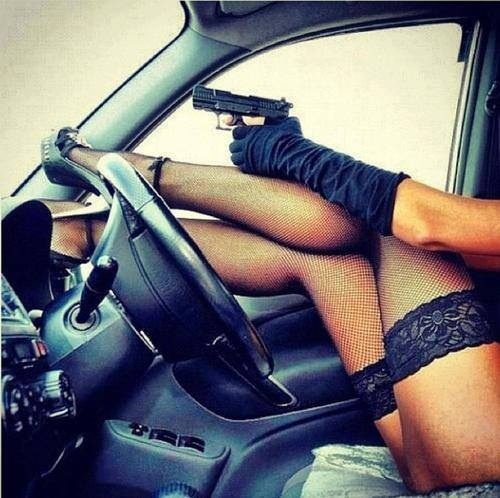 I’m no stranger to being sexy to get my way.. I do it all the time. With the mechanic, with the guys I get crushes on.. No big deal 😉 Howeverr.. lately I got myself into a bit of a mess. I took a little loan from a loan shark. Better rates than the bank! better business, too! Well..short of, you know..the whole crime part of it. I make some interesting friends, let’s just say that.
I got myself in this mess by taking a quick little loan from a friend-of-a-friend, who ended up being a lot more “business” than I expected.. And he wanted the money back fast. What was I going to do? The whole reason I took the money in the first place was because I didn’t have it. So..since I didn’t exactly want to end up on a milk carton’s ‘missing’ ad or anything else, I relied on my flirting to get me out of trouble 😉
I called him up just like I wanted to take him out to coffee, or the club or something. Flirty, casual, cracking a few jokes. He agreed to go out to the bar that night with a few of our friends, so I got ready. Some cute little 5″ heels that were just enough to get his eyes rolling, and a tight, little black dress. Long, black hair down as usual, with my little purple streak adding a little accent. I spent the entire night flirting with him. Shots, shots, shots at the bar, having fun and getting a little bit past tipsy. He was pretty drunk too, but we managed to make it out of there. We sneaked out a little earlier.. not wanting the guys to realize we’d been talking all night. They kind of did business with him..so my goal was to get him away from the pack, so I could have a little alone time & really start ‘digging my nails in’.. I was going to make this boy fall for me 😉 Whether he saw it coming or not. Just fucking him wouldn’t do the trick.. but it was the first step.
So, being a good little slut.. I couldn’t wait to get back to my house. I paid the taxi to go a little faster, & asked him to come up.. And as soon as he walked through the door, I slammed it behind him, pushing him up against the wall so I could start kissing his neck.. He was all mine, tonight. His hands ripped through my dress and left it laying in a pile on the floor. We didn’t even make it to the bedroom.. I wanted him to fuck me right there. Against the wall, the couch, on the floor, it didn’t matter. As drunk as we were, that loan shark was one hell of a fuck.. And I was on my A-game, making sure every little touch, kiss, & tease would have him remember my name.

Can you keep up with me?

One Reply to “Paying Off A Loan Shark.. How far will I go?”