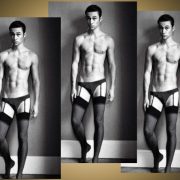 Pathetic sissy girl.  Today I’m so excited to introduce you to another sissy girl. A pathetic creature that we’ll call Violet. She is very enthusiastic about embracing her sissy submissive nature and wants to try so many things. Violet suggested that I write about her in my blog and I thought that was a great idea! Violet loves humiliation and can’t get enough of being a sissy.

Violet called me at first for a very short call with questions about some of my blog posts. He asked about pay pigs. I suggested that she set up a longer call with me to discuss it, which she did. The interesting thing about this encounter is that I didn’t speak to Violet at all on that first call. I spoke to someone who sounded and acted every bit the alpha male. He dominated the conversation and didn’t follow suggestions right away. Little did I know what a groveling sissy who had a seemingly limitless appetite for humiliation I would talk to very soon.

The first thing Violet said to me on our second call was “Hi – this is sissy girl.” It’s hard to surprise me but this time I was astonished. The “man” I had spoken to before was gone and in his place was the submissive pathetic sissy girl that I now know. She wanted to try so many things all at once. I could hardly keep up! Everything from financial domination to being controlled, blackmail, serving dominant women, cuckolding, orgasm/touch denial and more.

She became nearly overcome with bliss

But mostly Violet insisted that she is a pathetic sissy GIRL. Violet also made it very clear that her dick was extraordinarily small. She insisted that her dick was not a cock or a dick or a penis. It was in fact, a little clitty. That does sound very small, Violet. I assumed that with this particular shortcoming (get it?), she wasn’t satisfying a lot of ladies. I was pretty sure, though that we could find some other ways for her to entertain us women.

Violet wanted both financial domination and blackmail. The excitement of having all of her money taken by a dominant woman was only surpassed by the bliss at the thought of people finding out about her sissy ways and being blackmailed to keep her friends and family from finding out about her pathetic sissy girl ways. She talked about giving me large sums of money and her email and Facebook logins. This, however, did not happen as she was quickly on to the next aspect of her submission and humiliation.

If violet became excited at the thought of financial domination, she became nearly overcome with bliss at the thought of other people listening in to us. She absolutely craved others finding out about her pathetic sissy girl side. It hardly mattered who heard her talk about all the ways that she was a sissy. She asked many times if I would record our calls and play them for other PSK girls. I told her that we had weekly meetings where we sat around a conference room table and listened to and laughed at her calls. LOL.

We all laughed at her

She would also ask if I had anyone nearby who could listen in on our call and comment on her pathetic sissiness. I would put her on speakerphone and anyone from my housemate to big strong men working outside my house listened to her declarations of her pathetic nature and need to be a pathetic sissy girl. We all laughed and laughed at this spectacle. She also liked to think that her neighbors could also hear her.

So far, Violet had made a trial run of financial domination, blackmail and a sort of kinky exhibitionism. But that is not the end of this sad story. There is so much more to tell. “There’s more?” you might be asking? Yes, there certainly is. I told you that she wanted to try so many things all at once. So many that I could hardly keep up! So, next up – more things that this sissy submissive princess is into!

And if you want to hear more about humiliation phone sex, need a bit of my own special brand of sex therapy or anything else just call me for the best phone sex you will ever have…