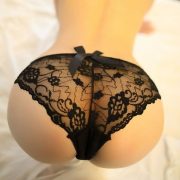 My neighbor is such a panty stealing pervert!

I know he thought he was being so sneaky but after weeks of finding my panties missing after laundry day. I was pretty sure there was a panty stealing pervert to blame. Being pretty new to the complex I didn’t know many of my neighbors. There was one guy that stood out to me. Don’t get me wrong I love some hot panty fetish phone sex, I wanted to know who was the bad boy. He obviously needed someone to punish him a little. I wanted to be the one to catch him and teach him a lesson.

When I got down to the laundry room I saw my panty stealing suspect there already!

I smiled and waved at him innocently placing my basket by the washer. I saw him as he glanced at my black panties so obviously covered in my sweet pussy nectar. He looked away quickly and checked his phone. I left, to go and grab my laundry soap. When I returned I peeked in to see him with his nose in the panties. I knew he would be able to wait for a second to smell them! I startled him when I came in, as he quickly shoved the panties into his pants. The tiniest bit of black lace was peaking out. There was no way he was getting away with it this time! I had him right where I wanted him.

“Oh no! I must have dropped them!”

He looked over at me, asking me what was wrong? I, of course, was a little embarrassed. Explaining how I must have dropped my favorite panties but I didn’t see them anywhere. He was a wonderful gentleman, helping me look. He followed me all the way up to my apartment and when we got to my door I turned around with a sly smile. Grabbing him by his belt loops I pulled him close to me and whispered into his ear.

“I know what you’ve been doing you panty stealing pervert.”

I reached down his pants giving a nice squeeze around his semi-hard cock before freeing my panties from hiding! His mouth hung open in shock and I shoved my soiled, juicy panties into his mouth. Opening the door to my apartment I pulled him inside. I forced him onto his knees.

You are going to be my bitch now unless you want everyone to know what a perv you are!

He begged me not to tell, saying he would do anything to please his mistress. It was music to my ears. Pulling down his pants exposing him completely, bare ass and leaking hard cock. I knew he was way overdue for a true punishment. Taking my paddle, I ordered him to count ever smack. We got close to 50 before he begged me to “please have mercy, mistress. I’ll do anything!”

You can bet he licked up every bit and left with his cock begging to be touched.

Do you want to be my panty stealing pervert slave?