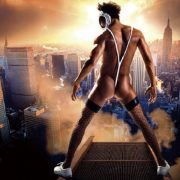 The Annual Panty-Man Fuck Festival is about to begin!  I know. Days get longer, and people get hornier. But, when I arrived home early from work that day. Well, let’s just say, walking in on my husband wearing panties to cover his man pussy, a bra, garter, and a FUCKING MAID’S COSTUME was not high on my list of expected things! I had been thinking about his cum in my pussy, or ass on the way home. But, that would soon change to fucking the shit (no pun intended!) out of his man-pussy as a little punishment for what I was about to walk in on! Holy SHIT!

So, just imagine getting home before everyone else. Maybe time for a hot shower, a glass of wine, or maybe some Motown sounds drifting through the house? Everyone just needs some alone time. Right? So, I got to the top of the stairs in silence and saw a sliver of light coming from the underside of the bottom of the Master bedroom door. I approach with more than a little caution. I mean, a girl can never be too safe, yes? So, just as I gather my courage and I’m ready to push the door open, I hear it! Soft music is already playing and my heart feels a bit better.

I was thankful for no burglars running around our home ready to torture and maybe even rape me!

Then, it crashes in the next instance when I spy, with my little eye… Something that looked like – my husband! Well, from the neck up anyway! What the FUCK was going on here? From the neck down, I saw MY CLOTHING on him. My panties covering (tightly) his man pussy, his ass, and his swollen balls, all squished into them.  What the Fuck?!?!?!?  And when those same words escaped my gaping hole of a mouth, his response was nonchalant. I know. Again. What the Fuck? How could he play it off like it was nothing? He was wearing, and stretching the hell out of my favorite dress, not to mention my stockings! Those were a done deal! And his MAN PUSSY shoved into my delicate La Perla panties!

You know, though, after the initial shock, I found that my pussy was dripping wet and already dreaming of a full-on panty-man fuck festival with him. While I had chastised him for this “alternate” expression of sexuality. Secretly, I had been so fucking turned on by this vision I could hardly stand it! But, I was still pretty pissed. Let’s not get away from that part.  And I felt some good old fashioned punishment was just what the Dr. would order. Maybe, I should have turned him on to fetish phone sex earlier???

Time to get this panty-man fuck festival started!

So, I ordered him to twirl a little. That way, I could get the whole thing burned into my brain. Then, I told him to bend over for me to see the tuck job he’d done with his cock between his ass cheeks. Impressive! especially since what I had planned as his punishment would involve splitting those cross-dressed cheeks and dive into that man-pussy! My panty man would be challenged by the exxxtreme edging. Oh, yeah. He was about to be dealt with and GOOD!.

Then, I strapped on my “dick” and laid his man pussy bare, ripping those blue stretch spandex panties from him.

Since that day, I make it a habit to show up unannounced at home; hoping to catch his ass in my shit again!  Who knows how much fun we would have been having all of this time had I only had the tiniest bit of a clue this was going on behind my back? Me getting to play with his man pussy is…  Well, I can only tell you what I know for certain. And that is, right now? Oh, we’re having the hottest fucking sex we’ve ever had. And, out of nowhere, I just rape him. I tie him spread eagle and force him to cry out while I fuck him like a run-away train! Sometime soon, I’m going to talk him into a little bi-sexual action to see if he’ll like another man in HIS man pussy. What a panty-man fuck festival that will be, huh?

So, you want to get in on a panty-man fuck festival of your own with me, huh? Call me. Because otherwise, you may never know what adventures we have been into now!

Next stop, Taste, Scratch, and SNIFF, Baby! Live on the WILD SIDE with me! I ALWAYS DELIVER!  Giggle. So, that’s my story. And it seems that having a Panty-Man Fuck Festival is my thing and maybe it’s yours too! You’ll never know, until you try! LOL.