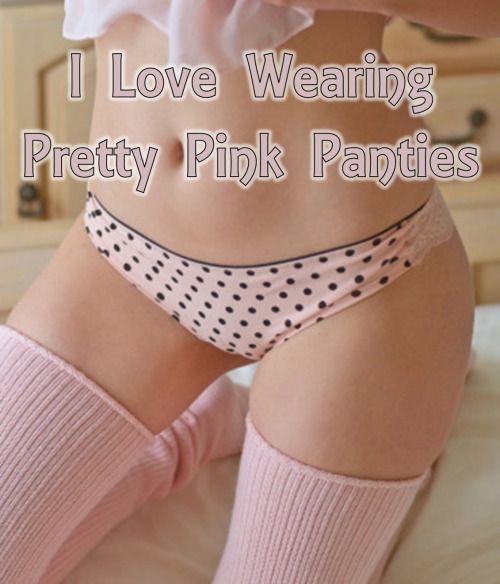 A pair of pink panties with cute hearts all over.

My taste in cute panties had given birth to a monster.  Not wanting his cock to chafe against his jeans all day, my brother conceded, only if I promised never to tell a soul about it.  I have him my scout’s honor.  As he slid them on, there was no hiding the effects of my tight, pretty panties hugging against his cock.  He rushed off to his room, thinking I wouldn’t notice it.  Then, with only ten minutes to spare before the bus came, he decided to do some cumming of his own.  He hadn’t anticipated the rush that the fabric would bring as it rubbed against him.  He had to pop his nut or else he’d ooze all over my panties before first period.

My brother drained his cock as he watched himself in his mirror.

And just in time, too.  The bus was less than a block away.  He and I boarded the bus and he sat with his friends in the back as if he wasn’t keeping a big, sissy secret.  Playfully I leaned over the seats and whispered something in his ear.

“Don’t you have to change for gym class today?”

What’s next for my thoughtless brother?  What will everyone say?  Call my phone sex line today and find out!