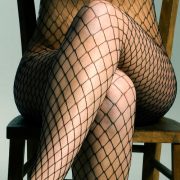 Usually, I picture myself in office worker domination; Tim changed that completely.

So, when I pictured office worker domination, I often pictured myself bent over a desk. Do you know what I didn’t think? I didn’t think I’d be the one commanding my weak-willed, idiot boss. His name is Tim. He shames all Tims out there.

My summer job is working at an office, and Tim is supposedly my boss. But he can’t organize anything to save his life. He just helplessly looks on while his pile of work gets bigger and bigger until one of his secretaries takes pity on him.

I wasn’t having that crap. “You’ll do it, or else you owe me,” I told him. He laughed and told me I worked for him, so I owed him.

“Sounds like a lawsuit waiting to happen,” I snapped, and his face paled. “How about this instead: If I’m going to be here doing your work overnight, you’d best be with me, doing something for me, capiche?”

“None of these duties are on my contract,” I replied. “Which you would know if you knew where it was.”

Sufficiently cowed, Tim hovered around his desk before finally gathering up the courage to ask me what I wanted him to do.

By the time the other workers went home for the day, I had a plan.

Tim’s files for me to work through were mostly boring- receipt checks, email replies, and signatures needed. Easy-peasy things that didn’t need much attention, I decided. But what did need attention? Tim.

“Sort these.” I dropped a stack of papers on his desk.

When he put up some resistance, I sighed. My hands swept across his desk and the papers fell on the floor. I didn’t even give him any room to think before I pushed him to the floor, my ass in his chair. Next, as the final blow, I put my feet up on his shoulders.

“The next time you disobey me,” I warned, “You’ll be naked, and these heels will be crushing your balls. Do you understand?”

Tim shivered. His body language betrayed his feelings; he hesitated, but that full-body shiver made him go red. He liked what I was doing to him. “Yes, mistress.”

A slip. Once he realized it, he avoided my eyes. That wouldn’t do. So, I pulled him by his tie backward, his head thrown back to look at me. Leaning over in my chair, I whispered in his ear. “Good boy. You sort these, then do these, and then I’ll let you have a reward, understand?”

Tim’s body shuddered again, but he went to work on the floor, my heels still digging into his back. Next, he shuffled the papers into piles, signing if the paper needed a signature, giving his okay on the receipt checks. So, honestly, he wasn’t perfect. But he was acceptable. Anytime he started to waver, I’d dig my heels into his back even tighter.

By the time he was done, only two hours had passed- two hours!! Not even worth the weeks of hassle to set that up, in my opinion.

Once he was finished, I pulled his tie towards me. His eyes were hopeful, his face still red. “I did good?” Tim asked.

“You shouldn’t even have to ask,” I snapped at him. Honestly, what a way for office worker domination to go; the boss is a little bitch! Dutifully, Tim lowered his head. “But you’ve done well enough, Tim. For tonight. I guess I can let you lick me. Since let’s see… the last time-”

Like an eager puppy, Tim dove in for my spread legs. Instantly, I slapped a foot against his forehead. Though I hadn’t meant for it, showing him what he was about to taste. “No, no, Tim. If you’re going to have some office worker domination, you’d better sit back and be dominated.” Using the desk, I stood on my other leg. Then, I pressed forward and bent Tim over on his back. Finally, I let him adjust himself on the floor, face up and laying down on our linoleum flooring.

“I don’t really want to see your face,” I confessed. “Besides, next, I’ve got to check over your work? So make yourself a useful seat for me while I look these over.”

Honestly, Tim does shoddy work as my boss. But as a highly-functional bitch-seat, he’s adequate at getting me to come. We’re working on his stamina; tomorrow, I plan to come 5 times. When I use him next, Tim won’t know what hit him.

Want to be dominated yourself by me? Don’t bother thinking about it; we both know you do. Just call and commit to some hot phone sex.