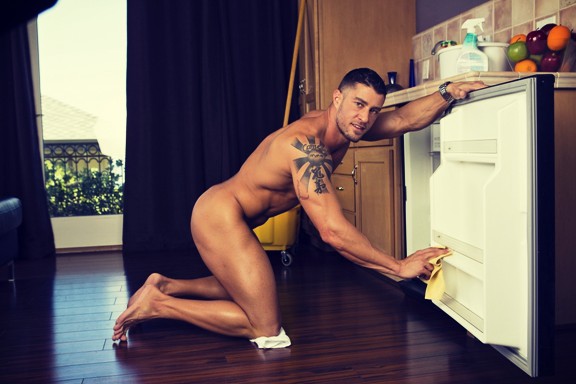 Hired Nude Male Maid: I Fucked His Ass For Pay!

Ever thought about hiring a nude male maid? Yeah, I thought about it…and then did it! I’d heard about a specific one and how good he was at cleaning everything up so I took the plunge. He showed up at my house completely dressed of course. Before he even started to take his clothing off I knew he was going to have a hot ass. He stood in my living room and slowly undressed. I couldn’t help but stare at him as he revealed every inch of his perfectly chiseled body.

He stood there for a moment enjoying the sight before he turned around and bent over. I noticed a sparkling ass plug poking out of his ass. “Wait show me what that is!” I had him bend and spread his cheeks for me! What a sit! “You’re naughty aren’t you?” He explained how he can’t handle doing the work without a little bit of pleasure.

I excused myself into the other room and told him he was fine to start working. I was getting extremely turned on and needed to compose myself before dealing with him again. As I sat in my room I was trying to figure out how I could get him to fuck me. That’s when the thought hit me! I’m going to pay him in sexual favors.

A few hours went by when he told me he was done. I came out of my room as if I was going to pay him, but I was only wearing a sexy leather outfit. He looked at me with a puzzled look on his face. “You’ve turned me on a great deal and I’m in need of some fun. So how about instead of me giving you the agreed-upon cash, we can just have ourselves a good time together.” He looked at me, and had a very physical response! That cock was huge!