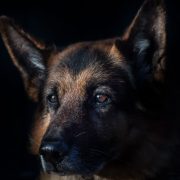 Who else hates nosy prude neighbors?

When we left off, those two little bitches just finished drinking from my creamy pussy, and the husband’s gaping ass was so open that if you looked in it, it looked like a cum-filled reflection pool.

If we were “normal” people, we would have sent the peepers home with strict instructions to mind their own business. Normal is boring, however, and my best friend hates when people invade her privacy, especially nosy prude neighbors. So instead, we collared and leashed both bitches and led them around on all fours.

Throughout the day, she would ring a bell and people lined line up to fuck them.

Around 3:00 pm, my friend doused them with the leftover gravy that she made to go with her trademark fried chicken. Then she let her two big German shepherds into the pool area and gave them the scent.

Throughout the day, I make sure that my now swimsuit-less body is well used.

Two guys brought me up to the diving board. One picked me up and stuffed a baseball-sized cock in my cunt while the other one put almost as big a cock in my ass. As they were fucking me, they started to laugh and then to count out loud. When they got to ten, they both jumped up on the board at the same time.

Suddenly I hit the water with both of them still inside of me. They kept pumping back and forth even as we were sinking to the bottom of the pool. Being fucked in the water feels astonishing because the force of violently thrusting cock displacing water sends chills throughout my body. In this case, the feelings were even more intense because we were underwater.

I am starving. When I got to the food table, it was all gone. I felt a pair of hands on my shoulders, pushing me to my knees. The only food for me was cock. The first one was so thick that I felt my jaw pop! The pain was excruciating. Despite my screams, he kept banging into my throat. His pelvis kept hitting my face, smashing into my nose, and moving my jaw. When he came, he pulled out and sprayed my face, my mouth, and up my nose.

Before I knew it, another cock entered my mouth. This time the cock was very long, and he forced it down. It went pretty well until he was about six inches in, and his cock got to that natural sticking where the curve of the throat creates a natural barrier. He put his hands on my shoulders, and I felt a massive pair of hands on the back of my head. The nosy prude neighbors were the last thing on my mind now.

One pulled my shoulder forward while the other pushed my head onto that cock. My jaw exploded into more pain, and my throat was burning as that big cock forced its way past the natural barrier. All I can remember before passing out again is that the hairy base of his cock kept smashing into my face until I saw stars.

I woke up the next day in a room filled with machines and tubes. A nurse came in and said someone left me at the ER door in only a tee shirt. She told me I had a fractured jaw, a broken nose, a bruised esophagus and tears and bruises, and abrasions all over my body, including on my genital areas.

She asked if they needed to call the police, I shook my head no, smiled and muttered through my wired shut jaw that I hope to be back sometime soon in much worse shape. Then, she smiled, nodded, gave me a card with her phone number, and left.

If you like no taboo phone sex, then you know who to call!