4th of July Party: My Absolute Favorite Party of the Year ♕ 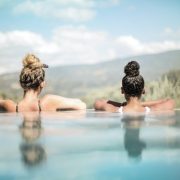 I always look forward to the 4th of July party.

Every year my best friend throws an epic 4th of July party, and this year was a pool party. I look forward to it because of the fireworks. And I am not talking about the kind that you buy at a gas station and light at night. I am talking about the fireworks you see when you are free to fuck at day long with as many people as you can.

This year was special because I just moved to a new city and now live just a block away from my best friend. Instead of flying in for this event, I was there to help plan it and curate the guest list. Her parties are not chaotic events where lots of people pile in. Every guy is vetted by either cock size or level of submissiveness.

I like to be used by guys with big black cocks ( less than 9 inches need not apply) and my friend likes slight, delicate men that she can beat and fuck. I like gangbangs, and she loves to abuse the fuck out of twinks. She knew exactly who to invite to the 4th of July party.

I started the day in a black bathing suit that was cut high at the waist and had a plunging v-line in the back. That swimsuit came off about 10 minutes after the first guests arrived. I was coming out of the bathroom when three tall black guys grabbed me.

Each one was about 6’4” and 250 pounds. All three of them had played college football. My best friend told them that my consent was implied, and they did not need to ask me anything.

She says that I am a filthy whore and am at the party for the sole purpose of being of use.

One of the guys tore my suit off of me. Standing there naked, they saw, written in black sharpie across my stomach, “I am a greedy slut.” My best friend thought I deserved a label.

Now, I am only 5’1” and about 90 pounds. I am blond, and even with a suntan, the contrast between these three big beautiful men and me was striking. One of them pushed me against the wall and thrust his 10-inch cock in me in one thrust. I was not thoroughly wet. So it hurt in the best possible way. I like having my dry pussy completely full.

The second guy picked me up in his big strong hands and started fucking me. The third guy comes up from behind and pushes his fingers into my ass while I was fucking. Big guys have big fat fingers. One of his fingers was the size of a twinky white guy’s dick.

Two of his fingers were the size of an average white guys dick.

After the second finger, he started to rotate his hand and I braced myself for what was coming. As he balled up his hand and rotated, he forced all five fingers in my ass.

The pain is excruciating as he forces the opening of my ass to separate. I heard a popping noise when he finally expanded the band enough to fit his whole hand.

Remember that while this is going on, I had a big 10-inch black cock pounding my pussy relentlessly. His dick is so thick and long. I almost think he is going to break my uterus as he pounds me. From behind, I could feel that guys hand opening and closing in my ass. I could even feel him stroke the dick that was fucking me through the thin membrane that separated his hand from the relentless meat stick that was breaking my pussy.

I thought I was going to get to eat it all up, but my best friend had other plans.

You see, she has very nosy neighbors and caught the couple next door peeping over her pool fence. She sent two of the biggest black guys at the party next door. They dragged the couple into her pool area by their hair. Both screaming and crying. They put both of them on their knees. My friend grabbed the hair of the wife and forced her face into my pussy. It was very hot to see a nosy bitch in a pink polo shirt and white tennis dress on her knees. To my surprise, she began to lick me and suck cum out of my cunt. This is becoming the best 4th of July party ever!

Then, the two guys that retrieved the nosy neighbors proceeded to spit roast him.

My story about the 4th of July party isn’t over yet! Stay tuned for Part II, in the meantime let’s have the best phone sex chat ever.