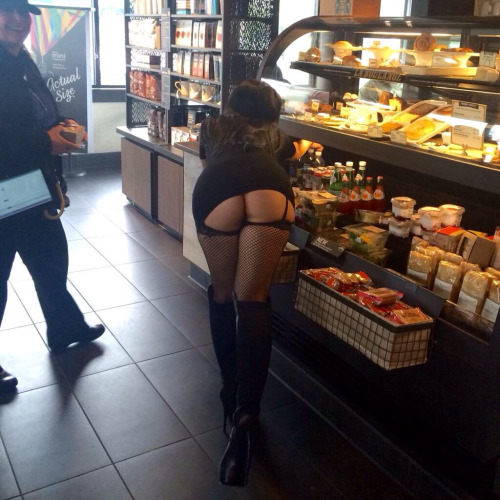 Ever since I was in high school, I’ve been known as kind of a prick tease. I laugh it off, and think it’s all in good fun. My girlfriends always thought it amusing and we’d often have contests of sorts to see who could tease the best or the longest before driving these poor fools positively wild. I usually won. 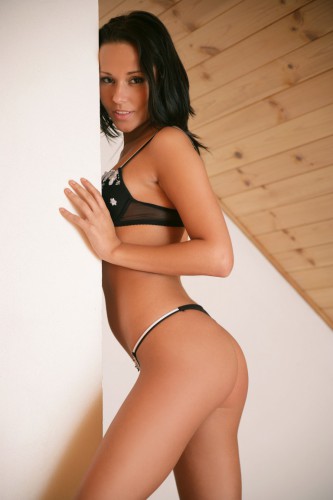 I’ve been known to go out in short skirts and no panties and “accidentally” drop things and bend over without bending my knees and giving them a little peek of the pussy, and I’m totally shaved bald, so all my little pussy is exposed to the world if I bend over. And if I’m also wet, well then they get to see glistening pussy, so much the better to tease them with, right!? There’s this little gourmet food market not far from my home, they have delicious things there and the guy that works behind the counter, he’s a college student that works there as he’s working his way through school. Cute kid he is, just turned eighteen a few weeks ago, and I thought I’d go over and pick up a few things and wouldn’t you know, I forgot to slip on my panties I realized when I was nearly there! My mini skirt was so short it barely covered the tops of my ass cheeks as it was.

They had these basket things on the floor with long baguettes in them and I was bent over them to get a good look at them to get the freshest one and I could feel his eyes boring into me as he stood behind the counter looking at my cunt and ass hanging out. I smirked to myself as I went to the counter and paid for my items and left the store. I could see his bulge in his pants as I walked out with my bag and his cheeks flaming scarlet. I got him, that’s for sure!

There was also some construction going on for road repairs right outside my building and there were men going in and out of the man holes in the street for sewer work and I made sure to say hello and when they popped their head up to see who it was, well, I can imagine what they saw as they were able to peer up my skirt easily and then they popped back down and I could hear them making naughty comments about that shaved pussy they saw, I laughed as I walked up my steps and into the building. Wearing no panties really turns me on.

I stopped in at the superintendents room before going upstairs, since I wanted to ask him to come up and see to clogging pipe, and he had me sit sown and while I was there I crossed and uncrossed my legs a few times like Sharon Stone did in Basic Instinct and it was such a turn on, the look on his face as I acted so unaware. He was up within the hour to fix it! Who the hell needs panties, not me!