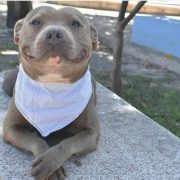 Neglected Housewife has a four-legged helper.

Neglected Housewife had a story for me. As odd as it sounds, there are just some husbands who don’t make time to fuck their wives. Sex often takes a backseat to his job and other responsibilities. This particular husband was indeed lucky (for a while) for having a wife who would never even think of cheating on him. And she had plenty of opportunities.

Jessica was a good wife.

She stayed in shape, and if I do say so myself, had some of the best tits in the neighborhood. Because of this fact, cock was thrown her direction left and right. When the people across the street needed some landscaping done, there was a whole slew of Hispanic and black workers who took one look at her while she was either leaving or coming home from shopping and offered their cards in case she ever needed their ‘services.’

Sure, she was no cheater, but that didn’t mean she didn’t find ways to cope. She had no sex toys, but the dryer had seen its fair share of action. It was a daily thing to push her cunt against its vibrating corner and let her clit go to town. Laundry became one of her favorite past times once she found out about the high-speed setting.

Oh, and the detachable shower head in her bathroom got regular attention, too. When she told her husband that she took extra long showers because she was feeling dirty, that wasn’t entirely untrue. It’s how she found out that she was a squirter.

The day she met Oreo.

Oreo was a troublesome dog. While very friendly, he seemed always to be able to jump her next-door neighbor’s fence while they were out. Being a huge, 175-pound mastiff, it was understandable that keeping him behind a fence was pretty tough. However, her dug-up garden was the one paying the price. Enough was enough. Dragging him inside of her place, she was going to give them a piece of her mind once they arrived back home.

He starts getting friendly.

“Oh! Oreo. You shouldn’t,” she said while half-heartily trying to push him from between her legs. He had a taste for her pussy. “Bad…dog.”

She opened her legs wider as she said the words, though, letting that eager tongue lap at her sopping wet, untouched cunt. This technically wasn’t cheating. That’s what she told herself as she arched her back and let Oreo have a face full of her pussy juices. Thinking that was the end of it, she looked at him only to discover the biggest cock she’d ever seen hanging there eagerly waiting for her to return the favor.

Well…it would be pretty cruel to leave him like this.

“Crystal,” she said to me, feigning annoyance. “Oreo got out again.”

“Oh no,” I said, shaking my head and wagging a finger at my mastiff.  “Looks like I’m going to have to find you a doggy-sitter when I go out.”

“I volunteer!” she blurted out.

Perhaps this neglected Housewife should have just cheated on her husband.  What do you think?  Is fucking a dog worse than fucking another man while married?  Call my phone sex line to weight in.