Gaping After a Wild Night With BBC — What Will My Husband Think? ♕ 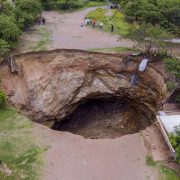 Gaping my pussy until I can’t feel my husband anymore.

It looks like my friends got it just as badly as I did.

“I’ve got to get home to Michael,” I say out loud to no one, really.

I told him I’d be home hours ago.  I wouldn’t want him to worry, so I send a quick text his way telling him I fell asleep at Brandy’s house, which is kind of true.  Then I pull myself together and drive home.  Michael didn’t even wait for me to put down my clutch bag before pouncing on me.  He’s always so affectionate.  I should feel lucky to have him but, thanks to last night, I don’t know how I’ll ever bring myself to even pity-fuck him now that I know how good it can be.

He kisses me and whispers, “Mmm, not yet.  You’ll have plenty of time to shower afterward.  I’m hard as a rock!”

“There’s something different about your pussy, baby,” I heard him say as he lapped at it.

I try to play it cool even though my heart is racing.  “I told you I needed a shower first.  Brandy and I tore it up tonight.”

I pressed his head further into my pussy.  “Good job, baby!  Keep going!”

His pinky-sized dick slid into my cunt. I think: he began to hump away like no tomorrow.  It was so pathetic.  He couldn’t even handle licking my pussy without his little beta cock getting overly excited.

“Honey, your pussy is so…so…wet for me!”

My poor, delusional husband.  I wouldn’t realize just how delusional he was until nine months later when I gave birth to a brown baby.  Since then, he’s been claiming he’s 1/8 black or something thanks to a grandfather he never knew.

Are you a cum-swallowing cuck husband?  Are you this fucking stupid?  Call my phone sex line, tell me your story, and let’s see if your wife has been faithful.