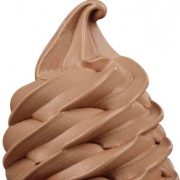 Naughty scat play is what turns you on?

Naughty scat play is what turns Michael on too. For those of you that don’t know what scat play is I will give you the 411. According to the urban dictionary, there are several definitions referring to naughty scat play. Sexual practices related to shit is the basic just of it. Some of the definitions get more in-depth like shitting on someone after eating hot spicy curry. Other people would defy it as naughty fun after eating foods that do not digest such as corn or lentils. Then there are people that just qualify it as plain poop play, a handful of laxatives will do the trick.

My naughty scat play story starts a couple of weeks ago.

My refrigerator had died, RIP to my fridge. So after a proper burial at the city landfill, I needed to go shopping for a new one. I have been really good with paying all my credit cards down to nothing and charging on them. Now I was so upset that I needed to put $1000.00 on a card.

This is when I had another one of my brilliant ideas.

I would ask Michael for a loan. He told me that he would loan me the money and I could make his monthly payments until it is paid off. I was so grateful that he was willing to help me that I told him I would help him fulfill one of his fantasies. It took him about a day of thinking to decide which one he wanted to fulfill. My phone rang and I knew he was calling to let me know what he wanted. I was a little shocked when he declared he wanted to fulfill his naughty scat play fantasy.

Setting up a date for us I decided to prepare.

I read online about how to get ready. Dinner the night before was lentil soup, lunch the day of was chili dogs and corn on the cob with a side of laxatives. At dinner, I could feel my stomach starting to rumble. Informing Michael that we had to hurry up and leave we raced back to his house. Ripping my clothes off as I walked through the door with him only a step behind me doing the same. We made our way to the bedroom and I pushed him on the bed and began to such his already hard dick.

He pulled me up and into the 69 position.

Licking my pussy and ass as I continued to suck his cock was awesome, I was almost at the point of no return, I asked him are you sure you want this.

At this moment his tongue went deep in my ass and I had to let it go. I took the biggest shit I have ever taken in my life. It was coming out so fast and hard I don’t think I could stop it even if I wanted to. It just kept coming and coming. He kept fucking my ass with his tongue as the shit kept pouring out of my ass all in his mouth and all over his face.

Ordering me to insert his dick into my ass so I can shit on his dick I did what I was told.

The harder I fucked him and bounced on his cock the more te shit came out of my ass. Looking down on him his face was covered in my shit there were chunks of corn and lentils mixed in it. He grabbed my hips and pulled me down oh his dick and held me there.