Naughty Nurse Gets His Urine Sample 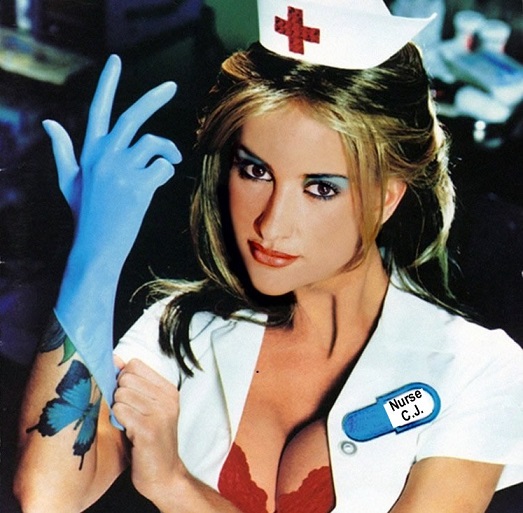 When I was in college I got this job over one summer at a free health clinic as a nurses aid. My tasks were fairly menial, but they had to be done. The pay was poor, but it was good experience on my resume, so I did it. I wore a nurse’s uniform which was pretty sexy and form-fitting and showed ton of cleavage

This guy came in one day, nice looking young guy a construction worker and he had to have a urine sample taken for a mandatory drug test. He was nervous even though he said he had no drugs in his system, he just felt pressure. He came in on his lunch break and we didn’t have a lot of time. I explained to him that the pee sample had to be “witnessed” by a nurse or by me. He took one look at me and I could see the bulge in his pants begin to grow. I gave him the sample cup for his pee and he said he couldn’t go pee with an erection and the clock was ticking away before he had to get back to work. 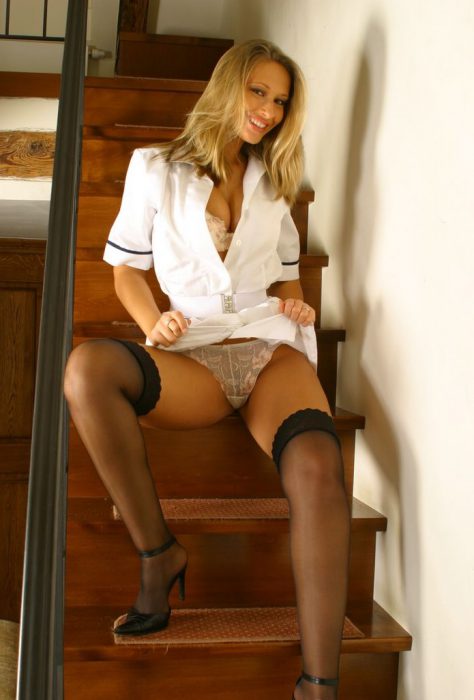 I was kind of laughing at his pee dilemma, And I couldn’t resist licking my lips as I glanced down at his dilemma but I realized he couldn’t go unless his erection went down. He was worried he’d get fired by this hard ass boss if he took too long, so I decided to be the naughty nurse and offer my assistance. I said I know you can’t go pee in your present state, why don’t I just help you with your erection quickly and we can get on with it. I said this in a very calm, clinical manner, but he was even more turned on when I said it!

He hopped up on the table and he unzipped his pants and took out his cock and it was a nice one at that. I smiled up at him showing my approval and I put some of the lube on my fingers that was there for gynecological exams and slowly, seductively and started to stroke his cock. I was leaning forward towards him, so he could see right down my uniform and into my bra practically. He relaxed immediately as I touched and caressed him and his erection got even bigger and harder and I was moving my warm hand up and down his shaft and pumping his dick trying my best to help him out so we could get that required pee sample.