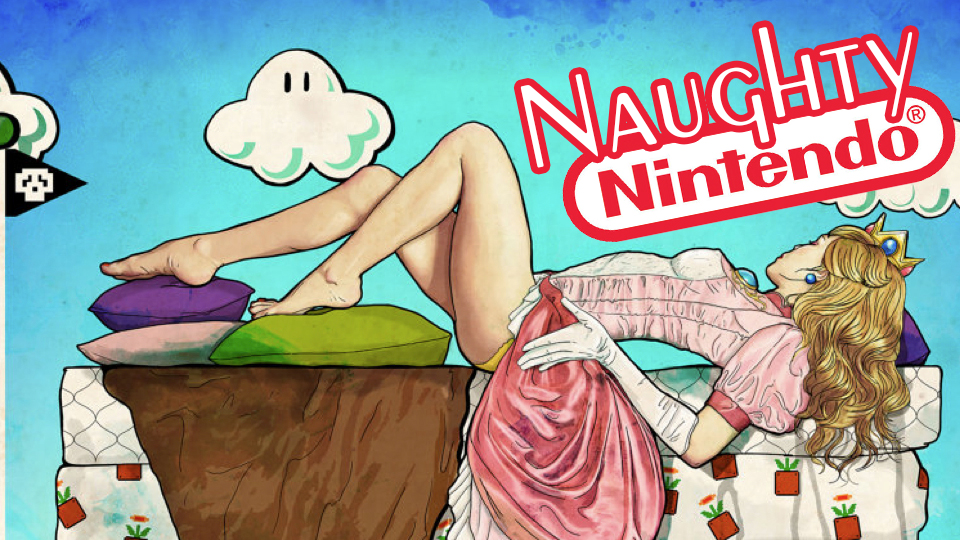 I loved to play the old Nintendo games. Super Nintendo, Nintendo 64, and the GameBoy are just a few of my favorite gaming consoles. When I was younger and my parent’s were out of town I would invite a few friend’s over and we would play. Normally we would be playing Mario Kart. Now it was not the normal style of playing. We would play in team’s. We would call it Naughty Nintendo …

To start, you would pair up in team’s, it did not matter if the team’s were guy-girl, girl-girl, or guy-guy. You pick one of the team members to play against the other team. Now the other team member would pleasure the player of the opposing team in any sexual manner they wished. The point of the game was to keep the opposing team so distracted that it would give your team mate the advantage to win.

This actually worked quite well. My team member any myself won many games. Now we also had to make winning worth it. So every time someone won the losing team had to do a dare. At the beginning of the game, we would fill up a jar of all kind’s of dares. Ranging from, “Make a prank call.” to “Fuck everyone in the room who is wearing a red shirt.”

Before we began the game, we would all pick a player. I always picked Princess Peach. For the rest of the time you had to refer to that person as the character they picked. If for whatever reason you called them by their real name it was an instant dare. We even eventually took it to a whole new level and started dressing up as our characters before each game day. Made it even sexier!

I would always team up with my super hot friend! She would always pick Toad, so that is what we will call her! There was my Mexican friends, they were twins. One was a guy who would pick Mario, and the other a girl, who would pick Luigi. Then there was Bowser, funny enough he looked like Bowser. He was on the football team, big strong, and full of smoking hot rage! Last but not least was my super hot asian friend Yoshi.

We were all dressed up in our costumes, snacks were ready to go! I even stole some liquor from my mom’s hiding spot. I was the first to be the one to, “Take one for the team.” as we referred to it. Bowser and Yoshi were the opposing team this round. Well we lost. Yoshi sure know’s how to lick a pussy. Our dare was to pick a random number, call it, and whoever was on the other end, ask them if they wanted to come over and fuck. I will tell you all about that another time.

Up next was Mario and Luigi against Bowser and Yoshi. Mario and Yoshi were taking one for the team this round. Mario made Bowser stand up to play. Mario undid his overalls and stuck his hard cock right into Bowsers ass. Toad reached over and started to play with my clit. We both loved watching two guys fuck. Mario aggressively slammed his ass over and over. Bowser would let out a hard grunt each time, trying to focus on his game play. But of corse Mario got the best of him. Bowser came all over the controller. That happened a lot.

Every few games we would switch team members. This round It was Luigi and I against, Toad and Mario. While Bowser and Yoshi sat back and watched the fun. It was my turn to play so Luigi was going to have to sexually pleasure her brother. We would do the team’s like this a lot. We wanted to see the twins fuck each other so bad. I guess we caught them on a good day, or Luigi just wanted to really win because she slipped her short shorts to the side, pulled out her brother’s cock and started to fuck him.

It was time for most of the gamers to go home. But Mario and Bowser stayed a little bit longer. We continued to play Mario Kart. But this time we changed up the game. One person would play while the other two fucked them.

I started my race and that is when I felt Bowers hand’s lift me up as he slid under me. Mario guided his cock into my pussy, and Bowser aggressively fucked my pussy so hard I almost dropped my controller. Then Mario came up behind me and shoved his cock in my ass. I started to scream and moan. Well, of course I lost the game, but you will never believe the dare I pulled out of that jar.

Are you into gaming or Fetish Phone Sex?

One Reply to “Naughty Nintendo ✯”