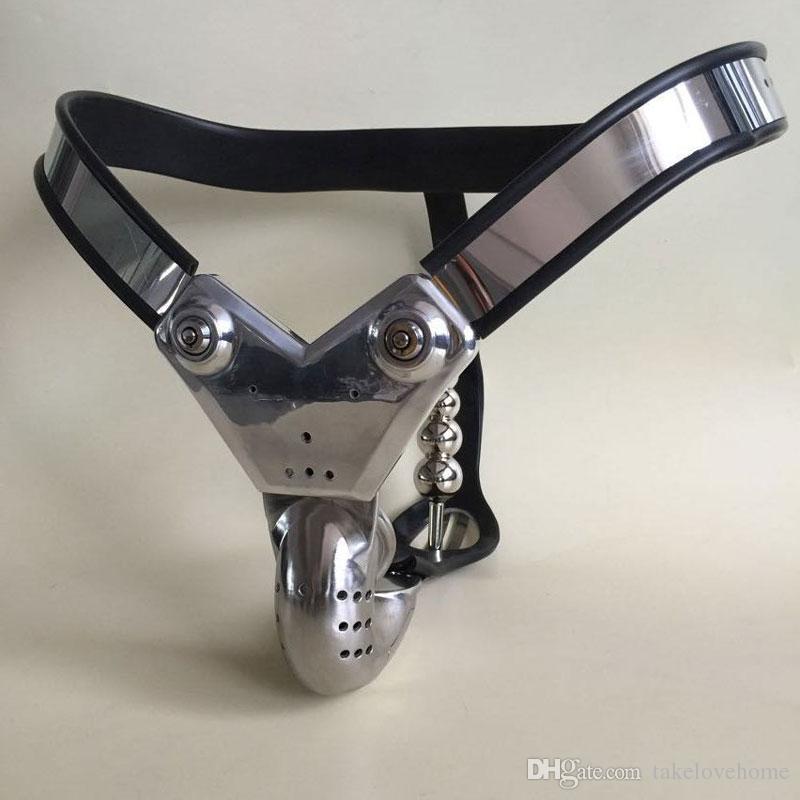 Tucker kept making gasping shrieks as his tight little hole got pounded and Rick yanked on him, pulling him back on his dick. The chastity device was metal and it clinked against the table as Rick grunted on top of him. He kept going and after a few minutes Tucker gasped and froze. I bet Rick was hitting his prostate and milking it as Tucker began to feel a bit of pleasure. His dick must have been hard and strain against the cage it was in. Rick shoved in deep and groaned as he came.

Tucker looked so disgusted as cum filled his ass and I knew he was filled with shame. Next, Rick pulled out of his ass and gave Tucker a smack, making him jump. “Mmmm, you were lots of fun,” he said and Tucker looked like he wanted to die. Rick got dressed then left and I smirked at Tucker. “You couldn’t make it more than two weeks without sex and I think you need to try a bit harder. This time you’re going three weeks in chastity.” He was so upset and nearly lost it when I asked if he was going to beg for sex before the three weeks were up. He promised to behave, but I hope he fails!

I mean if he fails, then I get to have MORE fun and Rick does too. Then, I think next time I will not only make it worse, but the chastity will be the kind that has to be removed by a professional. No key, no padlock, no something much more permanent. Not sure exactly what I will use yet, but he’s got to know I will think of something. Would you be interested in some more detailed sex stories? I’d love to share them with you. Better yet, we can make our own.