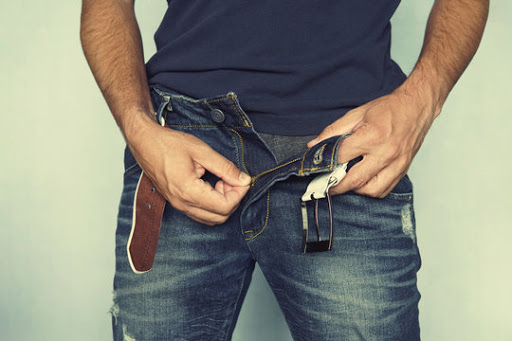 When I was younger, I was a naughty babysitter. I think half the wives hated me that I sat for. The dads however always loved me. I was too much of a flirt, and the women didn’t like that. Flirting can be charming and endearing to men. Women can find it threatening, so I’d roll it back when in their presence. This one time I was babysitting I’d invited my boyfriend over after the kids went to sleep. I’d been told not to, but I kinda always did what I wanted when I knew I could get away with something.

It was a single father I was sitting for and he came home earlier than expected. I thought I had another ninety minutes before he was coming home. He walked in as I was sucking off my boyfriend. I was kneeling on the floor and my boyfriend was sitting on the couch. I saw him come in, but my boyfriend didn’t, since his back was to him. He came in my mouth, I quickly swallowed and told him I thought he should leave. I pointed to the father standing behind him and he pulled up his pants and practically ran out the door. It was kind of funny actually, but I was afraid I’d get fired and that he’d tell my parents.

This naughty babysitter was about to get a whole lot more naughty.

He had an odd look on his face. Surprise, a hint of disbelief and anger. I also clearly noticed he had an erection in his pants. This naughty babysitter was about to get a whole lot more naughty. I apologized and said I’d never again bring any boys over, if I wasn’t fired, that is. He said I wasn’t fired, provided I’d do one thing. Anything I said, I really needed this gig, I sat for him a lot. He said he wanted me to do to him what I’d just done to my boyfriend. He said he wanted a blow job, too. I wasn’t expecting that, but thought I should accept the terms so as to keep my gig with him.

He sat down on the sofa where my boyfriend had been less than five minutes before. He unzipped himself and got his already hard cock out. Good lord, he was so big, easily the largest cock I’d ever seen in person. quickly I took it in my hand and stroked it a few times up and down. Then I gently licked the tip of it and he started dripping precum, and it tasted sweet! I swirled my tongue around his cock head and then popped the head of it into my mouth. I heard him moan with pleasure as I sucked and licked him up. Cupping his balls, and lightly gave them a bit of a squeeze. I continued to work my mouth up and down his cock, making it wet and slippery.

I took his whole Dad cock down my throat, he tasted divine.

His hand went to the back of my head, pushing it down harder, making me take his length down my throat. I began to give his cock some vibration as I fellated him and he whimpered with delight as I did so. He reached down and groped my breasts, pinching my nipples lightly. They grew hard as I sucked him. I knew I was getting wet. Almost as if he knew this, he pulled me up and bent me over the arm of the sofa. Then he raised my skirt, pulled my panties to the side and entered me from behind. I could feel him stretching my cunt as he fucked me and this time I was the one whimpering.

if you love ageplay phone sex, give me a call today.

One Reply to “Naughty Babysitter That Moms Hate, But Dads Love! ♕”