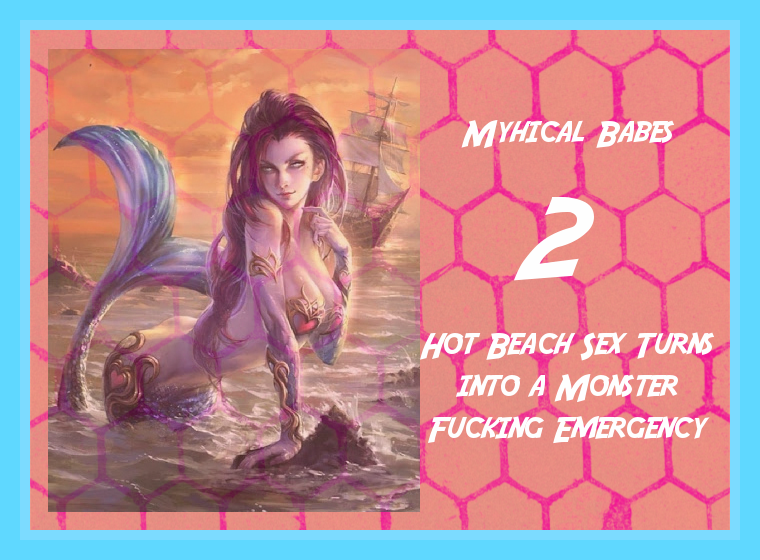 Mack goes to sit up when he notices his arms are still bound at the wrist with ship rope.  Realizing that it was not a dream, he screams but is hushed by a scaly finger.  “Now now.  Caverns do echo, and it’s late.  You don’t want to wake up the whole underwater city, do you? I think it would be best for you to be broken in one sea slut at a time.”  Looking to his right, he sees her, adorned in abalone and netting.  He can’t help but admire her beauty, regardless if she looks different.

Do you want to be a Bondage Slave?

Rolling on top of him, her abalone necklace digging into his clavicle, she runs her fingers through Mack’s wet hair, pushing it back into place before smiling a wide, sharp smile.  Cecily leans in and begins gently kissing his neck while rubbing his shoulder with her webbed fingers.  She works slowly up to his mouth, running her tongue over his lips.  Mack thinks about how her lips taste of the sea.  “Ever think you would become a bondage slave?” Her tone is dismissive as she tugs on his binds.

Mack realizes that he is nude, but he figures that had to be her doing.  Cecily wraps one webbed hand around his cock, slowly pumping him.  She teases him by twirling her cold tongue in his ear.  He feels his cock spasm as she locks her hands around his balls. “No, no!  You’re not a fast nutter, are you, Mack?  We can’t have that.”

“You want to leave the bed?”

Mack struggles to roll away from Cecily but is pushed back down and mocked with laughter.  “You want to leave the bed?”  Her hand traces down his throat, and he notices that she has claws instead of fingernails.  “Fine,” Cecily answered, not even waiting for her bondage slave to respond.  She hoists him over a scaly shoulder and travels to the other side of the room and into a shallow pool of water.  Hanging him by his hands on a rusty anchor affixed to the stone ceiling like a chandelier, he looks down to see shapes in the water below.

She tells Mack that they’re her dearest pet lampreys, but she has little control over them over strangers.  Cecily makes it very clear that if he were to get down from the anchor, they would likely attack.  He wanted down, yet the punishment seemed worse than hanging there.

Mack could have begged for release, but at this point, he was wiped. Cecily pulls him down and tosses him into a coral cage locked with a hermit crab.  “You should try to rest up.  You have a long day ahead of you tomorrow, slave.  I want you to meet my family.”