My Love Once Lost: An Odyssey to Find the One’s Promised Part Three 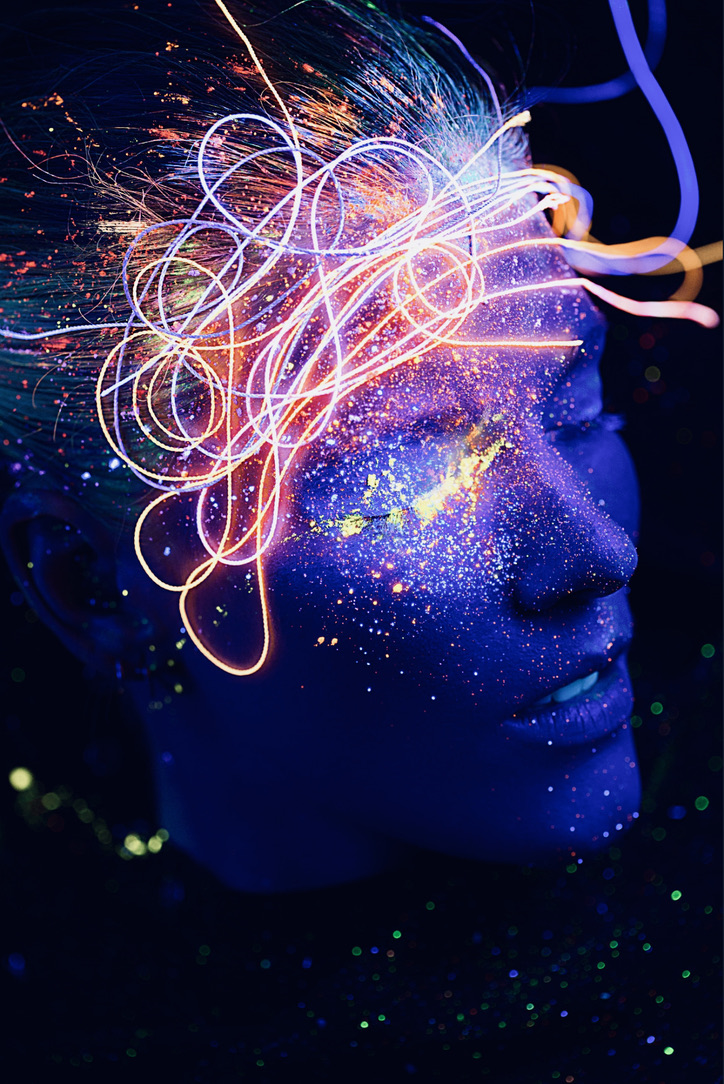 Exhausted from days on end of experiments, I was finally declared fit for my destined task. After being taken away, far from a nymph’s tribe, I was ready to be reunited with my love once lost. Although, as I lay in my tank he was laid in the ground for twelve of his lifetimes, I knew the universe would finally free us.  So soon, we would save a species on the brink of extinction, together.  Watching the neon lights scanning me from above, I floated, dreaming endlessly of what was so soon to come.

They removed me from my tank.

They kept me in a humid room sealed from sound and light. With no concept of time, all I could do was breathe. My thoughts were undefined, jumbling around in my mind like a nightmarish blur. Quick flashes came to me of my human, my old tribe, and an unsettling future. I couldn’t piece them together with any form of meaning. Were they random memories and insignificant thoughts coming to the surface from the stress my body was enduring. I began to see the ship I was on. In my vision, I was looking at it from above with my love once lost..as the ship left me behind.

My room instantly flooded with light.

The creatures I sought to help, swarmed around me in the room. I no longer anticipated happiness.  My fondness towards the new tribe deteriorated and quickly, I filled with dread. They came in with news “We scheduled to reunite you with your human. Have a rest, soon you will see your love once lost.” In a locked room, my sleeping tank was set in the far back. I knew I needed to get closer to the door and listen to as much as I could. Filling my gills, I propelled myself to the top of my tank pushing the ceiling open. I moved out of the tank, smacking down hard on the surface of the floor.

I put my ear to the door.

“She’s ready, the virus has completely penetrated her system. Anything she touches will bring sickness to all forms of life on earth. Our long-lost home will be ours once again, but we have to move her now before the antidote ceases to protect us” My eyes shut tightly with tears coming in a downpour.  Picturing the life I would never have with my love once lost, and the destruction of everything I held dear. I struggled to crawl back to my tank. Propelling my body once again, I knew the exhaustion of this much water would kill me.

I fell back into the tank,  lifeless.

The alarms sounded and they pulled me out, filling me with an emergency IV of saline. I hoped for no recovery, knowing inevitably,  I was death itself. They revived me, once again, in time for my return to earth. They broke through the atmosphere and laned promptly on the beach where I first met my human. The gates of the ship opened and there he was. It was as if nothing had ever happened to him. He was safe. I knew this would be my moment of bliss. I waved to him before I launched my body, smacking my monofin against the gate closure. The gates closed and I saw him for one last time. I reached up to the guard’s hip and grabbed his laser grenade. I gripped it tightly and pulled the ring,  picturing my human one last…

Like Sci-Fi? Looking for a GFE and  Phone Sex Chat?