My Human ATM & His Dwindling Bank Account Are Suffering While I Thrive. He Eats Ramen! ♕ 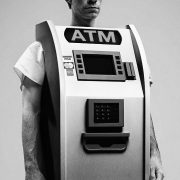 My human ATM has had the hardest time since he met me.

Life just hasn’t been the same at all for the little idiot loser. My human ATM has gone and given all of his cash away. Who would do such a thing, you ask? What would bring a grown man to just suddenly empty his savings to a woman he has never even met? I suppose to consider him man is bold of me, considering that the spineless cash cow hardly resembles one anymore.

He called my phone sex hotline specifically interested in FinDom.

Paying a tribute right out of the gate is a great way to let me know you’re serious about becoming my human ATM. Often I’m asked how much and I always answer the same: Tribute an amount that you think will impress me. Are you going to be the $20 pay piggy or the $100 wallet slave? Your cash is going to be all mine before long so why not get it over with and start on the right foot.

My human ATM has had to switch to an all ramen noodle diet.

What do I eat instead? Well, obviously most of my meals are catered by Sakara. I don’t expect a little worm like you to know what that is so I’ll tell you. It’s an all organic and in season, mostly raw and completely vegan meal plan that is around ~$750 a week once I include the smoothies and supplements.

You heard that correct, beta- you will be eating .10 cent packets of noodles while I spend half of your rent on just meals alone.

I realized this information will come as a shock to you, the newest of my human ATM boys. This all feels so natural to you though, doesn’t it? You know your place is at my feet with a wad of cash in your fist. No eye-contact either, you should know better than that. I’m everything you have ever wanted. A young and hot wet blonde with a fantastic body.

But..you don’t deserve me, do you?

You know that you could absolutely never be with me. A little beta bitch like you? Absolutely not. The idea alone is absolutely laughable. I literally call my friends here at The Kingdom and make you tell them how much you’re giving me and we laugh at you. You’re just such a joke, it’s hard to keep a straight face when you tell us how much you’ve spent.

Every time I say let’s charge it, we do. We call the tip line over and over again, hundreds of dollars in a night. It’s expensive being me but that doesn’t matter since YOU’RE the one paying for it all. You, my human ATM, sit at home while bills pile up. Finding yourself selling any assets that you may have. In the end, you’re left with nothing but that’s okay because I, your Bratty Dream Girl Goddess, have everything in the entire world.

Did your dick twitch?

If it did- call me here at the Phone Sex Kingdom and let me drain your bank account today. You’re gonna owe me a tribute for that.