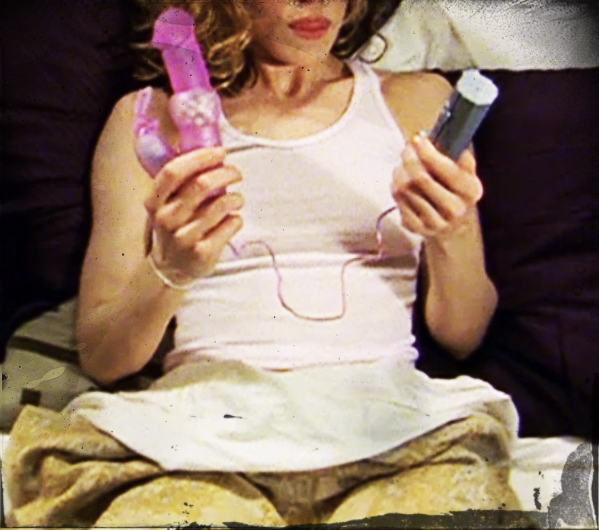 I learned about The Rabbit from a lesbian friend of mine. She said it was a complete godsend and she said sex with her girlfriend had never been better. She also said it is a great replacement for her girlfriend! I wondered why and became curious but never thought that a toy could be a great replacement. I was stuck on nothing could replace a person. I for one love the way I feel with a man and the way a woman makes me feel. So, I was skeptical.

This year I got into a relationship with a guy and thought he would change everything. I was WRONG. He had problems with E.D. and failed to tell me. So, you can guess what happened there. Yep, I cheated a lot. Monogamy to this guy was torture. Every time he wanted to have sex he would fail to even park his car in my garage. I was pissed, so I broke up with him. I couldn’t handle that shit. He was hot but if you can’t give me what I need then hit the bricks.

The Rabbit possessed me! I swear it did! I got some really great batteries thrown in for free from the guy behind the counter who said “Heh. Have a great night.” and he winked. Great night.. boy, I hope so. I need a good orgasm. So, I headed home. Driving I couldn’t stop thinking about how I would go about using it, as strange as that sounds. The Rabbit sat on my passenger seat next to my purse… just staring at me. And as soon as I got home I was out of the car and in my house before I could blink.

I watched the video and held Harry inside of my slippery pussy. I moaned and bucked my hips because this felt so good. Then I closed my eyes and it was like nothing else in the world existed except for me and Harry. I spread my legs farther and Harry swirled inside of me with his little purple ears fluttering on my clit. And then BOOM! I had the most intense orgasm ever. I came all over Harry and quickly squirted all over my clean sheets. Oops!