My First Blind Date Ended With His Kinky Foot Fetish! 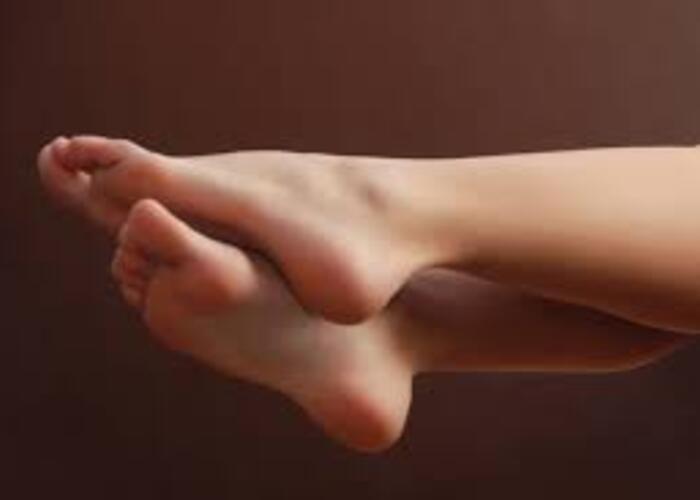 I’m new to the online dating world but didn’t expect a kinky foot fetish on my first date!

While I’m enjoying strap on fun with the guy my girlfriend set me up with, I still want to see what is out there. So, like most people these days, I joined a dating site.  And boy, has it been fun! I have been chatting with a lot of different guys.  That’s the best part – they are older and younger and from different backgrounds. Of course, they all have different kinks too. But I had no idea I was in for a guy with a kinky foot fetish!

A kinky foot fetish is fun!

I have dated guys in the past who have really loved my feet. I can’t lie, I’m pretty impressed with my feet as well. They are small enough. And I always have a fresh pedicure. Once I put on some sexy heels, I can really see how guys can have a kinky foot fetish.

Once, I was sitting outside on a bench waiting for my friend to pick me up. I had on my favorite strappy sandals that day with a four-inch heel. Then, while minding my own business, an older man in a Corvette pulled up. He asked if I would be willing to go around the corner down a side street with him. He admitted he wanted me to just stand there while he jerked off in the car. As a result, he came so incredibly fast staring at my feet. And no one was the wiser!

The plan was to meet for a few drinks at the casual dive bar down the street from my place. Then, if we clicked, we would grab dinner. I was wearing my normal summer attire: a sundress and a pair of sneakers. After my second glass of wine, I knew I wanted the night to continue. He suggested an upscale restaurant in the neighborhood, and I agreed. But I definitely wasn’t dressed for it.

I asked him if he wanted to come back to my place so I could change my clothes and shoes. Quickly, he agreed to that idea. As soon as we got there, I sat down to take off my shoes. That’s when he jumped in. He asked if he could help me and got down on his knees. He slowly began to untie my sneaker.  Gently, he pulled it off my foot. Then he took off my sock. And held it against his nose.

That’s when I could see his erection forming

The bulge in his pants couldn’t be ignored. And it just got bigger as he took my bare foot and starting rubbing the sole. It felt so good, I fell back against the couch and moaned quietly. He then took my big toe right into his mouth and started sucking it. With his other hand, he began to rub himself over his pants.  It wasn’t long before he had my second toe in his mouth too. I pressed my foot further into his mouth. In a moment’s time, I had him sucking on all five of my toes.

I asked him to take my other shoe off. Of course, he complied. And began worshipping my other foot the same way. Sucking right on my big toe and looking up at me while rubbing himself. I knew we weren’t going to get to dinner at this rate. So even though I loved the way his mouth felt sucking on my toes, I pulled my foot away and walked to my bedroom. When I came back, I was holding my six-inch black leather stilettos in my hand.

“Can you help me put these on?” I asked coyly.

Want to have some hot fetish phone sex?  Call me!