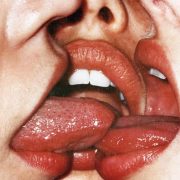 Just a few weeks ago, I was bored out of my mind. My mom was bored as well. I’d been spending a week over, just relaxing, having some family time. I’d been away for a while and decided it was time to catch up with them more and spend more time with them. My dad went out to the flea market, looking for all the interesting car parts, knives, and everything else he usually brings back. My mom was just finishing up watching another rom-com movie when I walked into the kitchen, and she kind of looked back at me. I could see a little mischief going in her eyes. “Did you want to meet the new neighbor?” she asked, getting up from the couch.

I’m just like my mom – I would flirt with a toaster. She would flirt with a wall if you let her and had a recent, sexy office affair that I knew of. So, knowing her, she was probably starting up a little trouble with him, because he was good-looking. I had to see what she was playing with. My mother immediately jumped at the chance, going into her room to “freshen up.” When she came back, she was dressed up all nice. She let her black hair loose down around her neck and wore a little black dress. She was up to something! My mom was just as kinky as I imagined. When I was little, I did find a few bottles of lube laying around. I also found a porn DVD and assumed my dad owned it.

So we made our way nextdoor, and the guy was CUTE! He couldn’t be more than a few years older than me. It left me to wonder, what was my mom doing with him? When we finally got inside, I knew what she was up to. She flipped her hair a little and sat down on the couch, crossing her legs to show a little thigh. I followed her and did basically the same thing. Soon enough, the guy was flirting up both of us. A few light drinks were on the table, and my mom was laughing and flirting like she was 22 again. I gave him the same vibe so he moved in just a few moments later.

He started kissing her.

He didn’t waste a second. The second he finished that kiss, he glanced over at me, letting his hand move gently down from my neck to my jeans. His hands slid in carefully. And then we took control. He wasn’t just having fun playing with both of us, the man was trying to get us both to kiss! His hands swept through my hair and hers, carefully pulling us together to french-kiss each other in front of him. He was choreographing a mother daughter lesbian scene for his own liking. Was I really going to turn it down? My mom was stunning, with black hair and light eyes just like me.

I wasn’t backing down whatsoever. We moved everything off the table and pushed him down on it. My mom crawled on top of him, playing with him through his boxers just to tease. However, she moved her other hand towards me, pulling me closer so that she could slide her hand down into my panties and play with my clit. This little affair with the neighbor was quickly devolving into a full-blown mother daughter lesbian affair as well. It was a surprise that he wasn’t recording it, but why would he ruin or stall a perfectly good thing?