Mommy Domme – She Was Only Supposed To Be Around One Night 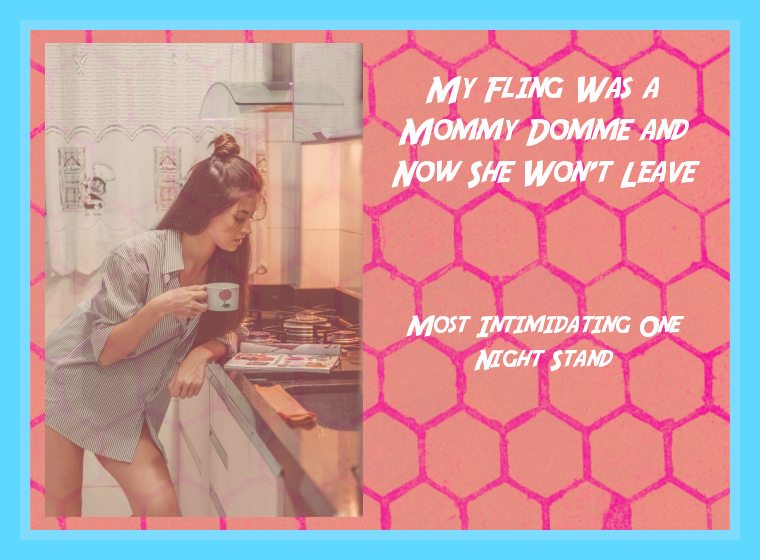 A mommy domme was not something Keith ever thought about.  As a matter of fact, he never considered himself a submissive.  Not to mention that Angelina was supposed to be a one-night stand to start with.  However, Keith learned the morning after he met her that she was not quite what she seemed.

‘Pretty, but normal’ would have been what he would have considered her at the bar the night he saw her.  Nothing overly dominating about her.   Her clothes were to taste, and she was well covered, but there was a strength in her smile when he greeted her.  The funny thing was he was picturing her as his conquest.  Just another notch in his tool belt… and he was a total tool.

Guys lined up for calls with her

Neat hair, well dressed- Keith was more than a ladies’ man.  He was top of the pyramid in looks, but settling down was not on his mind.  He thought of himself as a lone wolf, having the pick of the women but never staying long.  Angelina saw him as a pup.

Some would have thought him the luckiest man alive. Yet, at the end of their little playtime, he was perturbed that she didn’t leave.  He dropped all of the hints and used all of the lines to get her to leave, but every time she would reply with an uninterested ‘sure’ and a nod.  He decided that he would see her out in the morning before his shift started.

In the morning, he was thrilled to see she wasn’t in bed.  That was an awkward conversation that he did not want to deal with.  So, imagine his shock when he went into the kitchen to see her in his button-down with a coffee reading his newspaper.  He tried to paw around her feelings to get her out carefully, but she kept up the nonchalant tone and unmoving posture. Keith, at the end of his wits, began barking at her to get out.

When he was was finished and red in the face, Angelina passed him a bag of lunch.  Dumbfounded and hesitant, Keith took it slowly.  She explained to him that as a mommy domme, she would not give in to his tantrums.  She then demanded his keys.  After all, she had to get groceries since he obviously had no idea how to shop healthy.  She added that she would have an extraordinary surprise for him if he were a good boy at work.

It’s been three years now, and she still hasn’t left.  As a female domme, she feels right at home with a man who is easy to mold.  Besides, after some breaking in, he knows his place now.  Keith doesn’t even mind anymore.

Need a sensual mommy domme moment? Call me, and let’s explore what kind of phone sex submissive you are!